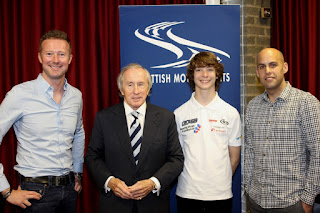 As this article was being written there was as yet no official Press Release issued or announcement made on the 'News' section of the Motorsport UK website, so it was left to the websites of both Scottish Motor Sports and the Scottish Association of Motor Sport Clubs to inform clubs, officials and competitors north of the border to spread the word.

Motorsport UK has chosen to dis-continue its partnership with the Edinburgh based Scottish Motor Sport group's efforts to develop all forms of motor sport and offer practical support to car, kart and motor cycle  clubs. It now looks very much as though SMS will be disbanded.

SMS was created 9 years ago in collaboration with the Scottish Auto Cycle Union, the Motor Sports Association and sportscotland. Since sportscotland will only deal with a Scottish 'national' governing body this new organisation was intended to fill the gap between the sport in Scotland and the Scottish Government and its own Sport Council.

sportscotland have confirmed that they will continue to work with the SACU which is separate from the Auto Cycle Union (ACU). 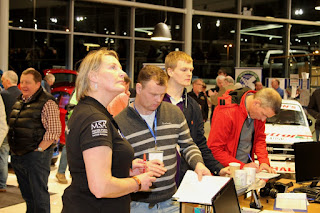 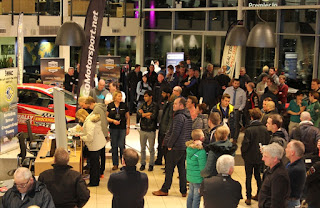 This latest news regarding SMS follows on from the disbandment of the Go Motorsport initiative three years ago.

Many of you will remember Alison Clark's annoyingly (in the nicest possible way!) enthusiastic and persistent budget-limited promotion of all forms of motor sport visiting schools, clubs, shows and exhibitions and engaging with primary and secondary school pupils, students, parents and other groups. Fewer will know of Scottish Motor Sport. SMS didn't quite have the public profile of Go Motorsport but it was very effective in advising many car clubs with their development plans, was helpful to the SAMSC and provided much help and guidance when seeking access to sporting grants and funding.

Rather than disbanding these organisations, perhaps a bit more effort and support for them would have attracted more newcomers specifically, helped clubs more generally, and promoted the sport more widely. The sport's amateur car clubs and event organisers need all the professional help they can get.

The disappearance of both those services has now left a gap with no 'national' plan in place to replace them. Motorsport UK does have a comprehensive introduction on its website for newcomers to the sport, but that is entirely dependent on folk finding it in the first place and then reading it.

Motor sport is stimulating, exciting and often quite visceral - that's why we need the personal touch.

On the other hand one can't help but wonder whether Motorsport UK was fearful of an independent 'breakaway' Scottish governing  movement spearheaded by SMS with the resultant loss in influence and income, or whether they indeed have a strategy in place to fill the void.

This ruling has all the hallmarks of past MSA's which blithely issued 'dictats' with minimal, or indeed no consultation at all, and then simply told us to get on with it.

The MSA was once accused of being a self perpetuating oligarchy (who would dare say such a thing?) which didn't go down well in Colnbrook. Here's hoping the new regime is not going the same way.

They have now been in power for just over a year. If motor sport has a reputation for being 'quick', then our governors need to keep up, never mind get ahead.
Posted by John Fife at 17:16