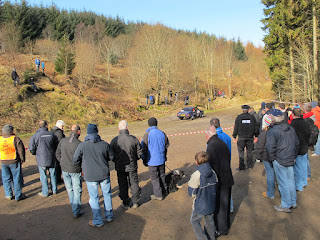 It's not just the current national public health situation which is worrying, nor is it just the cessation of our sport in our leisure time, but the longer term future. Last November Motorsport UK published its 2020 Investment Strategy, but with one third of its staff now on furlough that might just be delayed somewhat.

Earlier this year came another proclamation. In February they published a guide on how to get started in rallying where potential newcomers were urged not to spend too much money on their cars and kit. That struck a chord in the pockets of rallyists right across the country. Over the years the governing body has sought to restrict the use of 'clubman' cars and home-built 'specials' urging competitors to go down the 'homologated' route whilst kit prices have gone through the roof due to 'lifeing' and additional mandatory safety requirements. So it's difficult to advocate thrift when costs are continually rising.

The latest missive from the south is an offer of access to a £1m fund to support clubs. Motorsport UK is offering to financially assist clubs which have been affected by the shutdown, but only after they have exhausted all other means of funding through central government and regional Sports Councils. But since the Scottish Government will only deal with 'governing bodies' we will have no access to that central funding. Here in Scotland we might have had a chance through the Edinburgh based Scottish Motor Sports - but oh, wait a minute, Motorsport UK have pulled out of that partnership so it is no longer available to us.

Admittedly we shot ourselves in the foot with that one. We didn't make full use of it while it was there. You only have to look at the disappointing numbers of clubs and individual who participated in the SMS club development schemes. 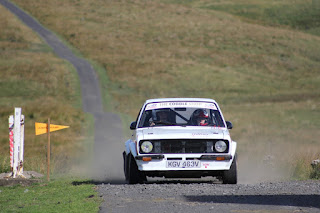 Given his early rallying background there were hopes for more with DR in charge, but the biggest obvious decision the new-look Motorsport UK has made so far is selling off the Colnbrook site and moving to a 'cheaper' location at Bicester.

Much work has also been done on the governing body's finances and whilst we may not like it, it has certainly put the brakes on past profligacy and misdirection.

Neither is separation the answer, but devolution offers a chance to create a strong representative body and work WITH Motorsport UK to achieve our joint aims. In the absence of SMS, perhaps the Scottish Association of Motor Sport Clubs might provide a way forward?

First task on the agenda would be to get individual clubs and organising teams to work together. No easy task! The SRC has a committee as does the STRC, but from an outsider's point of view, many of these teams still put their own club and event interests first, way ahead of the sport's collective interests.

As I see it we've got 8 months to concentrate efforts and ensure that there is a 2021 rallying season.

I'll probably get shot down for this outburst - so be it. Fire away - but please read the full article before you load up!

NOTE: This is a much shortened version of the full article (Link below) with all the facts and opinions:
http://www.jaggybunnet.co.uk/2020/04/13-apr-motorsport-uk-rallying/