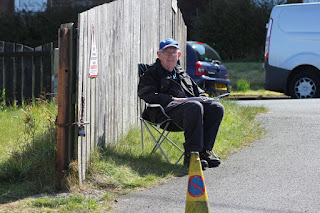 The indefatigable Robert Smith has already written two books (1963-1989 and 1990-2012) about the history of East Ayrshire Car Club and many of its notable (and not so notable) club members, but he is now nearing the end of yet another gargantuan task to bring the whole 57 year story up to date.

To that end Robert is looking for more information and photographs on events or club members that others might find interesting and/or amusing and would make a valuable addition to the club’s history.

But there is a novel twist to this latest idea. It won't be a printed book. The idea is to publish the latest tome on a USB stick. That means Robert will be able to include more stories, more gossip, more scandal and even more photographs. 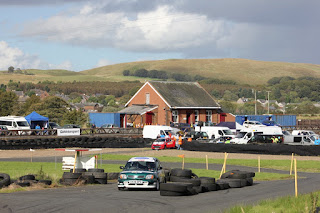 The money raised will be put towards the maintenance and upkeep of the Kames facility which is unable to generate any income at present due to the rather unusual times in which we find ourselves.

And just in case there are any cheapskates out there who think they will be able to blag a copy of the USB stick from a mate, the club is looking into the process of making these sticks 'read-only' so that folk can't down load pics or copy the text.

So if you have any genuine and true information and decent quality images which cover the life and times of club members past and present and events, both historical and recent, then please look them out and send them to Robert at:
RSCMS1@gmail.com

Robert has completed the main portion of the book up to the present day and added additional historical information that he has gleaned from other sources and expects to finish it within the next four weeks. So that gives you time to blow the dust off the shoebox full of memorabilia in the bottom of the wardrobe or at the back of the garage and send copies to Robert. 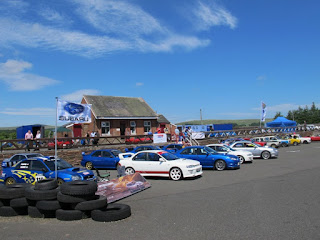 Copies of the original books may be hard to find and running off 'second editions' will be awfy expensive, but the USB stick solution sounds ideal as additional copies can then be made much more easily.

Who knows? This could start a trend amongst other car clubs. It's sad to say that Scotland is sadly lacking in keeping records of its own motor sport heritage, and perhaps this 'quarantine period' could be put to good use gathering as much information as possible just now before it is lost for ever.

As for my own history of the Scottish Rally Championship, that is still work in progress as they say!
Posted by John Fife at 17:09