In the Mach1 Stages Rally preview mention was made of the mysterious 'Smiths' entered at car 71. All became clear at the rally. With a Bus Pass looming ever closer over the horizon, Fraser Smith had come up with the perfect birthday present for long suffering Dad, Phillip.

He had entered his own Canal Garage Honda Civic and the family had bought Pops a set of tyres, all he had to do was pass his BARS test. Which he did two weeks before the rally.

So there he was in Machrihanish on the start line of his first ever rally with 'Boy Wonder' co-driving. They finished, and weren't last. More encouraging was the fact that faither was getting quicker with every stage.

And now the problem. With a hugely successful, career-best 11th in class result and a 100% finishing record (!) 'Flee'in' Phillip now reckons he's worthy of a run out in the Canal Garage proprietor's, one Alasdair Graham Esq, Mitsubishi Lancer Evo9! Now there's a conversation  worthy of an eavesdrop, eh? 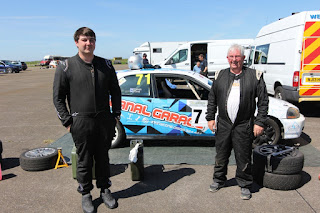 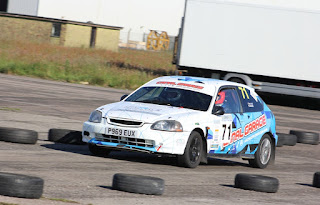 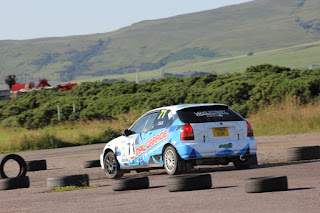