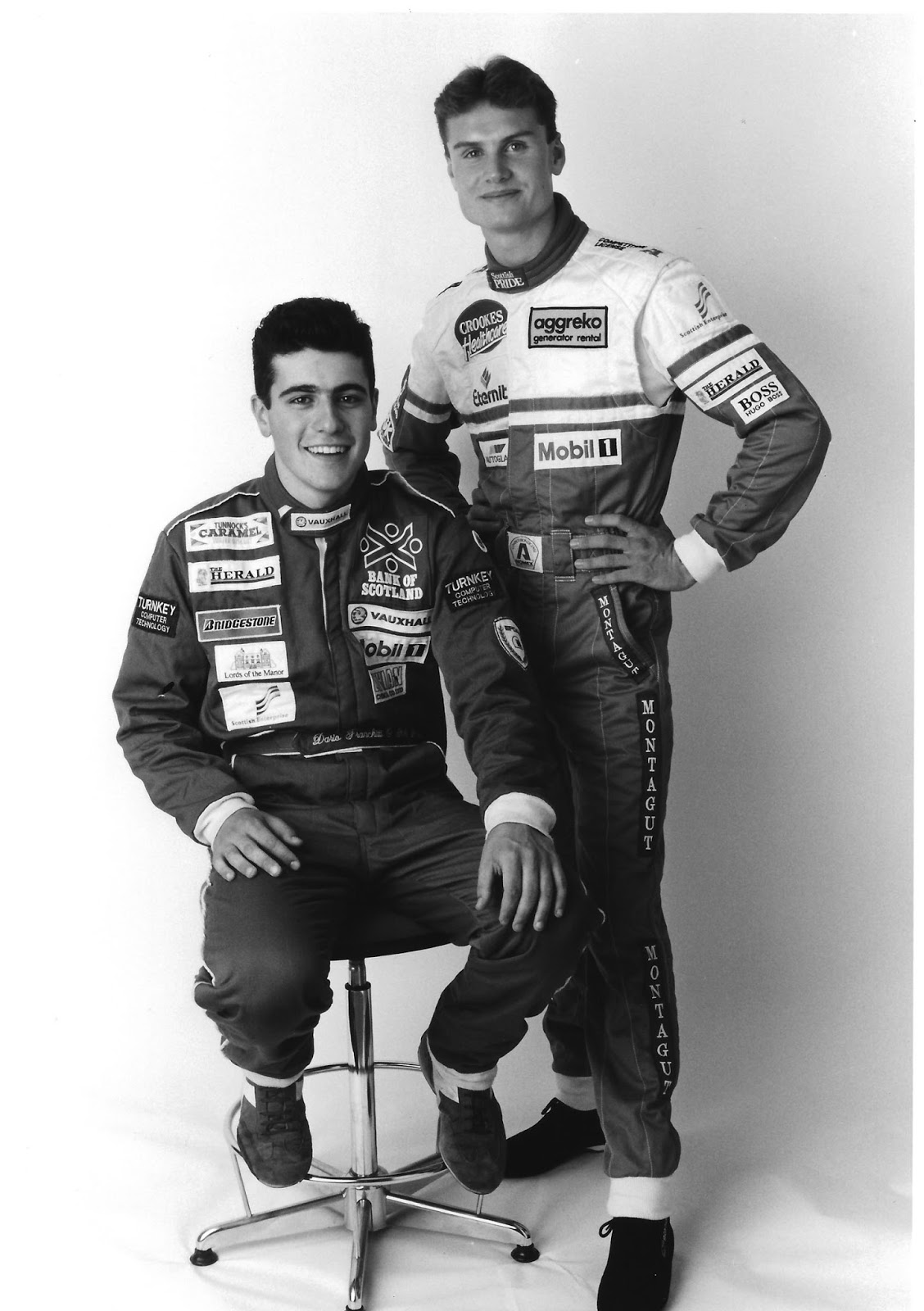 Coltness Car Club are organising a bit of a ‘do’ this Friday night ahead of the Colin McRae Forest Stages Rally. From 8.15pm till 9.30pm there will be a FREE Rally Forum in the main hall in the Breadalbane Community Centre, right in the centre of Aberfeldy.

For anyone who’s never been to such an event before, it’s not really for anoraks, geeks and statisticians, it’s for folk who fancy a bit of fun and maybe find out a bit more about the sport from those who take part. The evening’s host will invite some star names up on stage for a bit of a chat and if anyone in the audience has a question to ask they might just get the chance.

Top guest this year is one of the biggest stars in WORLD motorsport, Dario Franchitti who turned down a couple of F1 offers to go and race cars in the USA. On Friday night we’ll ask him why he said ‘No’ to Jackie and Paul Stewart, packed his bags and headed west. He was also a good friend of Colin’s.

Just for a bit of fun I dug out this picture from 20 years back which shows Dario in his Formula Vauxhall days alongside another chap who was helpful and influential in Dario’s career – I wonder what became of him though, eh?

But when you think about it, Scotland has produced some amazing  talent on 2, 3 and 4 wheels over the years starting with Fergus Anderson who won Scotland’s first world title when he rode a 350cc Moto Guzzi to victory in the fledgling Motorcycle Grand Prix series way back in 1953.

Colin McRae and Derek Ringer both earned themselves world titles in 1995 before Brian Morrison won the World Endurance Championship onboard a Kawasaki in 1996.

And as the most successful Scottish racing driver ever to race in the US, including three Indianapolis wins, that puts Dario Franchitti right up there with Scotland’s motor sporting royalty.

When you think about it, Scotland hasn’t done too badly for a remote wee country on the north western fringes of Europeland, eh?
Posted by John Fife at 09:40