Everyone made it through Scrutineering tonight ahead of tomorrow’s Mull Hire Classic Rally, at least those who turned up. There are a few more to be done tomorrow morning. The Mull CC and Saltire Classic Club stalwarts made sure that the process was done ‘reasonably’ efficiently (Big Ade was in charge helped, or hindered, by Fooey the Fireman!) whilst signing-on was processed at the Isle of Mull Hotel.

There was some serious machinery on show and some pretty professional looking crew members with their impressive charges, although it has to be said that there were some less than impressive entries, both mechanical and mere mortal.

Some had gone to great effort to get here like Meurig McMillan from Dolgellau who had dragged his wee Micra on its trailer all the way from Wales this morning taking nearly 8 hours to get here. This is his second event with the Micra but don’t expect any great things. He might be from the same town as a certain Elfyn Evans, but that’s where the similarity stops.

Beating Meurig’s marathon effort was Clifford Auld, Craig Wallace’s navigator. He’s from Dromore and it took him ten hours to get here from Northern Ireland. Dedication knows no bounds, eh?

One driver not making it is Martyn Robathan. He was struck down with tonsillitis ahead of his first ever rally and bitterly disappointed to miss out, but faither Keith has assumed control of the family BMW jut to support the rally.

At the other end of the scale, Colin Baxter appeared with a Toyota Corolla of indeterminate age. It was an MOT failure two years back so Coin did a wee bit of welding and did the last Mull Targa with it. He took the car back home and parked it in the yard where it lay forgotten until the Regs for this year’s event popped up in his mailbox. He put a battery in the Toyota, fired it up first time, and here is for more fun and shenanigans.

But when it comes to feats of ingenious engineering, few can better Gary Douglas. The header tank split on the BMW last night and he fixed it. He wrapped a bit of inner tube around it and fixed it in place with two massive jubilee clips! F1 is not ready for this level of expertise, eh?

And then there’s ‘glutton for punishment’ Richard Wardle. Last time, Jonathan Mounsey navigated for him. You’d think that would be enough. Nope, he asked him again, and the two have paired up although Richard’s eyes shot skyward when Jonathan admitted: “Remember all that stuff you taught me last time – well I’ve forgotten it. Can you teach me again tonight?” Sounds like a long night, eh? 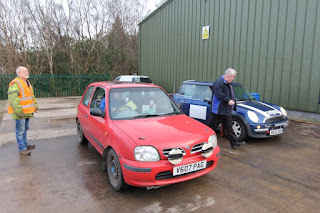 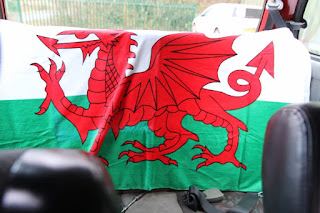 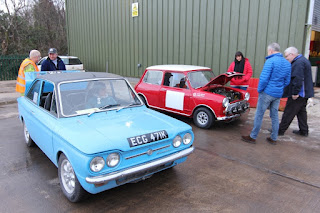 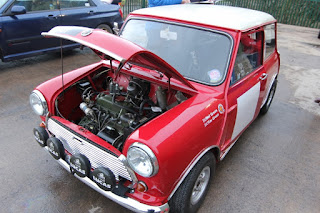 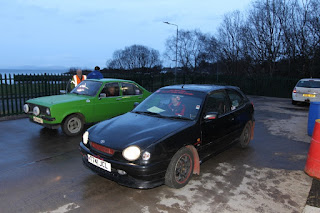 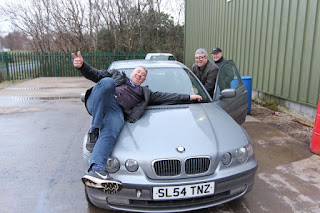 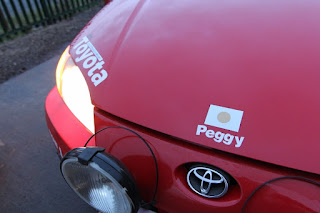