Never has so much understeer and oversteer been perpetrated by so few in so short a time. In other words, some drivers had the chance to perfect (or not!) their Scandinavian flicks ahead of tomorrow’s Cooqie Urquhart Snowman Rally. The occasion was a wee kart race for the top seeds at Inverness Kart Raceway close by Rally HQ. Of course, it wasn’t about the winning, it was all about the taking part. Yeah, right!

Bruce McCombie won the first race and Donnie MacDonald the second but since the driver were all wearing the same colour racesuits, it might well have been Simon Hay or John Wink who won. Listening to them afterwards, they all did. However, some of you may be aware that Mr MacDonald has earned the nickname ‘Donnie the Ditch’ at times in the past. Well, perhaps it’s time to change that to ‘Donnie the Wall’. I’ll say no more but he came back from his first race disappointment to win the second.

At the moment it is dry in Inverness, but bitterly cold. It was actually quite sunny during the day with blue skies until darkness descended, so goodness knows what tomorrow will bring. Fireworks in the forest most likely. It’s been rather a long time since the Galloping Hills. 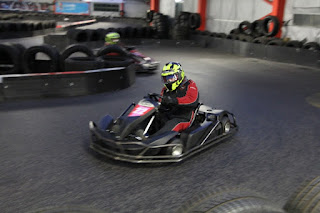 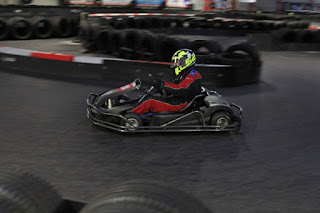 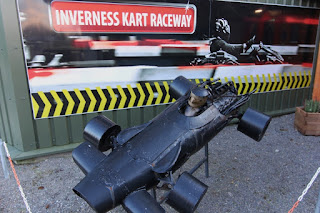