Ott Tänak recovered from an incident on Friday's first stage of YPF Rally Argentina to score his third WRC win. He hit a rock and damaged his Toyota's steering on that opening test, but on his fight back to victory, the Estonian set 10 fastest times out of 12.

Thierry Neuville kept his title hopes alive with second place in the Hyundai i20 ahead of team mate Dani Sordo. In doing so, Neuville has narrowed the gap to championship leader Sébastien Ogier to 10 points, helped by a maximum five bonus pts for winning the final Power Stage.

As for Ogier, the Fiesta didn't quite have the pace of its rivals in Argentina and typical of the man he looked to the 'long game' and settled for a sensible run through Saturday's thick fog to finish 4th. Even so, he had to fend off a determined final day charge from Andreas Mikkelsen on Sunday.

In the second M-Sport car it was really good to see Daniel Barritt back with Elfyn Evans completing the top six. They didn't quite mange to find the pace which brought them within 0.7sec of victory 12 months ago. At the finish, Elfyn commented: “All things considered, sixth place isn’t a bad result and it was good to get some solid points on the board. But the pace just wasn’t there this weekend. It was disappointing and not what we came here to do. We need to do some analysis to try and understand why that was. The engineers will study the data, I’ll study the onboards, and hopefully we can get back on it in Portugal.”

Running 3rd on the road, Kris Meeke got off to a bad start on Friday with a  puncture on the final stage of the day costing him over 2 minutes as he and Paul had to stop and change the wheel. They eventually finished a disappointing 7th in the Citroen C3. Afterwards, Kris said: "Apart from the frustration of not being able to bring home the result that we deserved, the main thing for me is that the upgrades introduced this weekend to the C3 WRC enabled us to be a lot more consistent. I felt confident throughout the weekend, even when fighting for the podium. I felt that I had the situation under control at all times and we need to keep going in this direction."

Craig Breen got a 10 second penalty for being late at a Control on Friday, but that was a minor issue compared to Day 2's trouble when he rolled his C3 out of sixth place and damaged the roll cage.

As for Jari-Matti Latvala, his Toyota Yaris struck a rock breaking the front right suspension when holding third place. The damage became terminal when an oil pipe split. 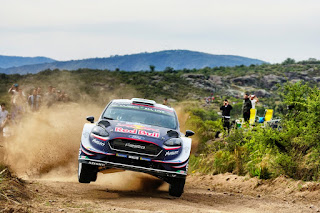 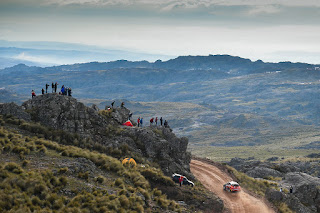 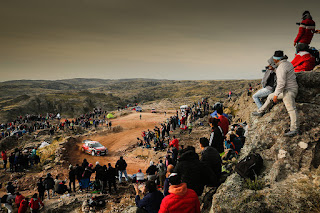