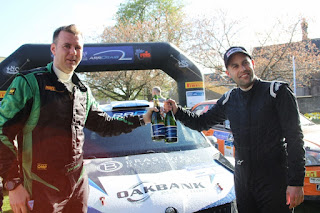 David Bogie scored his 9th victory on the McDonald & Munro Speyside Stages Rally by over a minute but it was a character building day for CA1 Sport Team mate Rhys Yates.

He eventually finished 3rd behind Jock Armstrong, providing the Subaru meat in the Skoda Fabia sandwich.

"I did register in the championship this morning," said David, "but that's more to support the championship than going for the title. I'll do the Scottish, because that's my home event, and then decide from there. I just enjoy the stages up here. In fact it would be nice to come back next year and try for 10 wins!"

On his rallying return from his enforced 'lay-off' Jock Armstrong scored a fighting second place. He was 3 seconds in front of Yates going into the final stage and 3 seconds in front at the end of it: "Cammy was really good, gave me confidence coming back after my 'wee rest' and it keeps me in with a shot at the title."

Yates was pleased with 3rd on his first visit here, using this event as 'seat-time' ahead of next weekend's Pirelli Rally: "I made  small mistake in SS6 and drifted into a ditch but got away with it," said Rhys, "but then I lost the rear bumper on the second last stage and knocked off a wheel arch against a log pile in the final stage, but thoroughly enjoyed the stages and the day out."

Fred Milne was 4th in the Subaru: "I came across Rhys' bumper in the middle of the road in SS7 but I was fine. I just hoped for a top ten today so 4th is a big bonus!" said Freddie.

Mark McCulloch had trouble again. Steering troubles afflicted him on the Snowman and they returned here on Speyside having to change the rack at lunch halt.

Laurence Whyte was lucky. The radiator burst on the start line of the second last stage, so they just filled the radiator to get through the final test - fingers crossed - and finished 6th.

Andrew Gallacher got off to a bad start this morning with the Focus stalling on the first two tests but fought back to finish in the top ten although Reay MacKay was forced out when the Suabru's centre diff failed.

Garry Person and Paula Swinscoe had a big 'off' in Gartly with the Fiesta coming to rest some distance from the road and out of sight. Fortunately Garry was able to get out and summon help. Paula was taken to hospital where they are keeping her in overnight for a CT scan, so fingers crossed everything is OK. 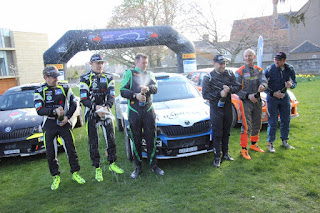 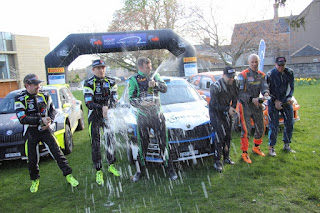 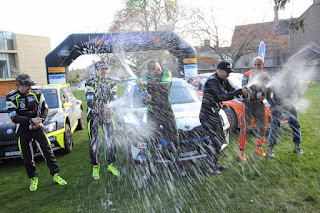