The all-Welsh pairing of Elfyn Evans and Phil Mills secured a highly commendable fifth place. With Daniel Barritt still out of action, Phil had been drafted in for Corsica and they finished 5th. A remarkable performance considering the crew only had 6 runs together at the pre-event shakedown before the rally started.

Team Principal, Malcolm Wilson OBE, said:  “It’s been a fantastic weekend for us and Sébastien and Julien. When the splits started coming through on Friday we were all quite shocked to see how strong we were. Elfyn and Phil have also done a remarkable job in the circumstances. Obviously we were all hoping that Dan would be fit, but his fitness comes first and we were really thankful that Phil was able to step in and do such a good job. Naturally it took them a while to get used to one another, but they got better and better as the event went on.”

Sébastien Ogier said:  “It’s been a really good weekend for us and I am very happy with the performance. We had great pace on Friday and then just had to manage the gap after that. It was really satisfying to show this kind of speed – especially after last year where it was a bit more difficult. Now it seems like everything is going in the right direction – we have made some developments and I am feeling better and better in the car.”

Elfyn Evans said: “It was never going to be an easy weekend for us, but Phil has done an incredible job – jumping in at the last minute and getting us through without incident. We’ve collected some solid points which is what we came here to do. There is still a lot of work to do as far as the championship is concerned, but at least we can go to Argentina in a positive frame of mind and try to push for a strong result.”

As for Kris Meeke and Paul Nagle, it wasn't a happy event for the Citroën Total Abu Dhabi WRT pairing after an 'off' on Saturday's final stage: "We were fighting for second and pushing really hard, absolutely on the limit," said Kris, "Unfortunately, something happened that has never happened before between Paul and me. He got the pace notes a bit mixed up, but that's rallying. It's the very first time that this has happened. We've gone off several times together in the past when it's been my fault and not his. Look, we win together and we lose together. I'm sure we'll bounce back from this very quickly."

Perfection is a big expectation at the top level of any sport, but it can't be guaranteed. No doubt some of the less knowledgeable will try to make a meal out of this - whilst completely ignoring the many millions of correct and accurate  instructions and calls made by Paul in his professional career. Many of these so-called experts couldn't navigate their spouse to their local Tesco and back.

Anyway, Ott Tanak got his Toyota hopes back on track with 2nd overall while Thierry Neuville kept his nose in front of the title chase with 3rd place in his Hyundai. Sebastien Loeb's Corsica return ended in a ditch and Jari Matti Latvala smacked his Yaris against a tree. 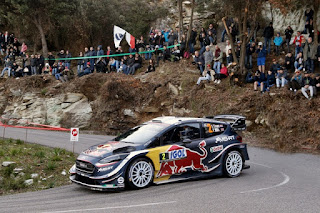 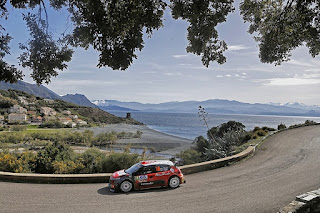