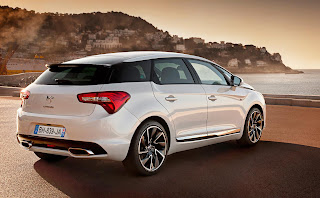 Following on from last Friday’s snippet about the chance to win a free trip to Barcelona for the F1 Grand Prix just by taking an Infiniti for a test drive, here’s news of another wee free competition. If anyone out there has ever fancied being a Jeremy, a Richard or a James, Citroën might just have the opperchancity for you. There’s just one we drawback, you’ll need to be a Facebooker.
Fortunately, the competition is very simple to enter and it’s all explained on the ‘DS5 Star Experience’ tab on Citroën UK’s official Facebook page (www.facebook.com/citroenuk). What they want you to do is write between 50 and 100 words on why you deserve to be one of the first to drive the brand new Citroën DS5.
The competition closes on 31 January at 6 pm and the five successful candidates will then be selected. The winners and their guests will fly out to the south of France on Friday 10 February, returning on Sunday 12 February during which time they will spend the weekend in a five star hotel in St Tropez and get the chance to spend some time on the roads reviewing the new DS5.
A number of ‘fun and distinctive experiences’ have also been arranged with the winners being filmed throughout the weekend so they can present their own video reviews of the car.


There is also a video explaining the competition at: http://youtu.be/x6t4P8KjAMI

It sounds like a big dose of fun – especially at this cold, wet and dreich time of year.
Posted by John Fife at 09:31