Rally - Where to WRC? 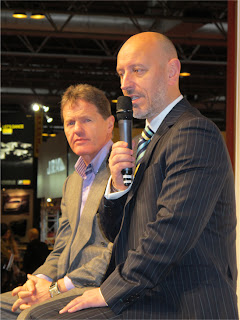 Ford Motorsport’s Gerard Quinn and M-Sport boss Malcolm Wilson appeared on the Autosport stage and were interviewed in front of the masses regarding Ford’s plans for the 2012 World Rally Championship.

There were no politically incorrect or embarrassing questions, but the crack was good and it would appear that the signing of Petter Solberg has gone down well with Ford and the fans. At least we’ve got someone with a spark of personality in a works car this season! But we still need a Brit up there, eh?
There was one little revelation though. Apparently the team had to hold Latvala back on a few events last year to let Hirvonen take more points. So if that’s the case and he’s let off the leash a bit more this year then that should give Loeb a bit of a fright. Fingers crossed! 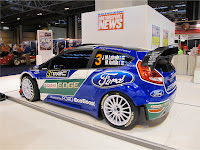 Behind the rallying scenes there is still a lot uncertainty about TV coverage and trying to fire up the public imagination, but rallying does need more personalities to generate a fan following. Ford has committed for this year and next but the sport at the highest level needs to do more to excite the casuals  and enthuse the faithful.
If ever the sport needed another Clark, Vatanen or McRae, rallying needs it now.
Posted by John Fife at 17:51