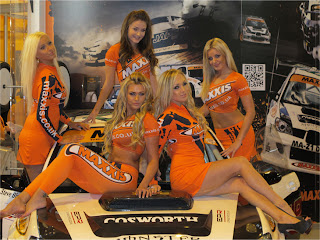 Driving north on the M6 through Birmingham on a Friday afternoon provides the ideal opperchancity to do a bit of thinking.  After all, midlands motorists spend most of their time going nowhere as the traffic is thicker than Auntie Moira’s porridge. Even thicker than the time she mistook the bag of B&Q’s wallpaper paste for the oatmeal! 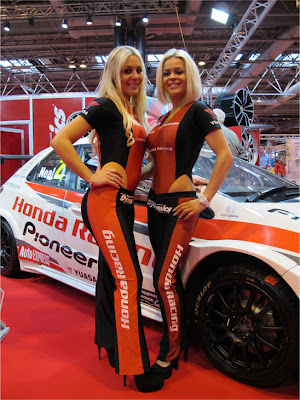 Anyway, sitting there doing nowt listening to the traffic alerts from those cheerful, gormless studio based numpties who have no idea of the effect that their inane airwave banter is inflicting on the thousands of frustrated drivers sitting their chewing their steering wheels, watching wrinkles forming, their hair turning grey and wishing they carried an axe in the boot, the thought suddenly flashed up – Frank McAvennie had the right idea.
I suddenly thought, perhaps rallying could benefit from the great man’s homespun philosophy. 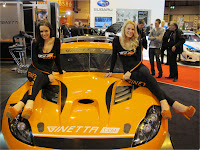 I refer of course to attempts to generate more TV coverage and media exposure for world rallying. What we need is less metal and more lycra. It would appear to even the most casual observer at the Autosports show that rallying is distinctly lacking in lycra support.
Motor racing is rife with it and it’s abundant in biking. Going by the numbers of youths and young men posing with the show dollies while their mates captured their slevvering satisfaction on their camera phones, it occurred to me that rallying needs more of that.
The only time we get a bit of excitement in the service park is when the Pirelli girls come to town. And even here numbers are dropping. Either political correctness has struck rallying or it's too damn cold in Kielder for such fashionable frippery and frivolity.
Even the Red Bull girls in the Scottish Rally Championship dress appropriately for the average Scottish rally fan - Ugg boots, Dr Who scarves, woolly mittens and football manager anoraks.The only sun tan they'll ever get is out of a spray can.
In other words, the sooner we get a bit more lycra int the sport, the more the TV cameras will film it, the newspapers picture it, and the young lads (plus not so young, middle-aged and elderly) will follow it.
Thank you Frank for the inspiration.
Posted by John Fife at 16:01