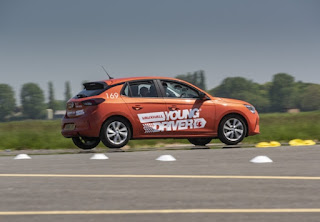 This of interest? ... A nation wide driving competition for drivers aged 10-16 yrs has just been launched – and it’s all about safety rather than speed.

The Young Driver Challenge 2022 encourages youngsters from just 10 years old to compete to be crowned Britain’s Best Young Driver. Anyone old enough to have an official driving licence isn’t allowed.

Run by 'Young Driver' the UK’s largest pre-17 driving school, entries to the eighth annual Young Driver Challenge are now open at any of the scheme’s 70 UK venues. Anyone having a Young Driver lesson can ask to be marked and entered during a standard lesson. The 40 highest scoring entrants split between two age categories (10-13yrs  and 14-16yrs) will then take part in a final in September at The British Motor Museum. TV presenter and motoring expert Quentin Willson will host the event.

At a Young Driver lesson, pupils learn to drive in the same way as they would on the road at 17. Lessons take place on private property in dual controlled cars with fully qualified instructors. Youngsters learn how to change gear, steer, brake, handle junctions and roundabouts and even perform complex manoeuvres.

As well as being named one of the best young drivers in the country, prizes up for grab include £200 cash and Young Driver lessons worth £750, along with family restaurant vouchers.

Entries for the Challenge are now open until 26th June 2022. For more information go to www.youngdriver.com or download the Young Driver App.

40 young drivers competed in the last Challenge final in 2019 with Vicki Butler-Henderson and Quentin Willson handing out prizes to the winners. Overall winners were Joshua (age 10 -13 category) and Poppy  (age 14 - 16 category). 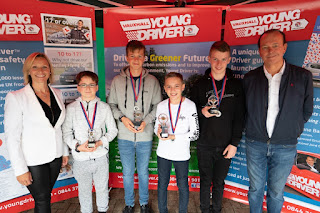