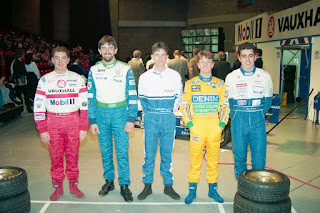 As promised in the previous posts, the 'best' has been kept till last - the Professionals!

One of the highlights of the 'Jackie Stewart Pit Stop Challenge' was the demonstration put on especially for HRH The Princess Royal. She was due to present the prizes to the winners of the amateur teams contest, but it had previously been decreed by one JYS himself that representatives selected from the cream of Scottish racing talent should undertake the demonstration.

In the absence of such talent, a motley crew of misfits and fender benders had been hastily assembled to perform this royal duty. As you can see from the line-up, a more dubious band of wheel bangers and over ambitious late breakers would be harder to find. 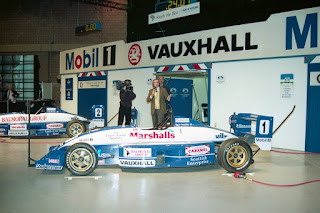 No doubt their actual time would have been recorded on the day, but somehow it has been mislaid, or perhaps lost, or maybe even deliberately mis-recorded by means of bribery, so no embarrassing revelations here today. A word of caution though, should any threats be made upon my personage the original timesheets could mysteriously make a re-appearance and be published to the world!

However, they weren't the only 'professionals' to appear at this unique event. As you will see from the team shot of the men in blue, the two in front will be instantly recognisable to most of you, although a little more hirsute 28 years ago than they are today! They were of course representing Scotland's National Motor Sports Centre - and they didn't win either! 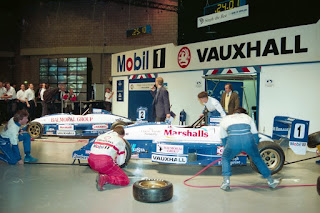 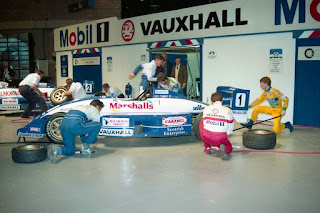 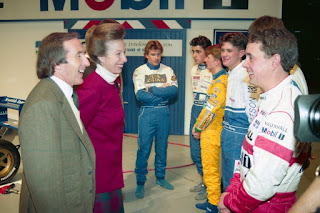 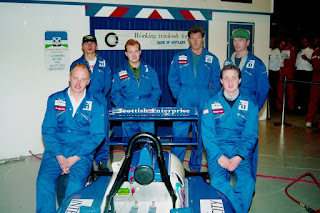