Rally - From Champ to Car Washer 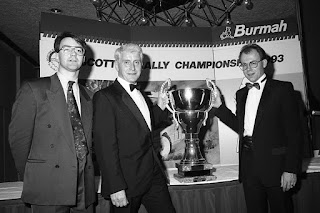 Way back in the last century, albeit the final decade (sounds a lot more than 20 odd years back doesn't it?) a young, sorry, young-ish, man was crowned the 1993 National Rally Champion of Scotland at a glittering awards ceremony staged in the second capital of Scotland.

No sooner had he grasped the handles of his magnificent trophy than the decline set in.

With the roars and applause of his peers, followers and fans still ringing in his ears, he awoke the next morning to be thrust back into the harsh world of reality. This night of champions with its lavish and expensive silverware, belt bursting repast and much quaffing of spirited liquor had to be paid for. 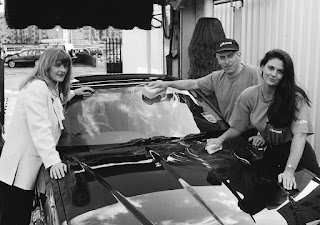 The competition sponsors also sought their pound of flesh, and more, as he had to fulfil the many tasks demanded of him. And so, led by the Wicked Queen and the fairy Princess, and his seven diminutive workmates, it was back to work the very next day. Hi Ho.

On the plus side, it was a secure job, working outdoors in the fresh air, with plenty of perks like free soap, shampoo and detergent, sponges and brushes, plus personalised squeegee and chamois leather, and with an awfy smart company uniform of wellies, tee shirts and skip hats. What more could a man ask?

Only kidding, but back in the day, new Scottish Rally Champions did have to perform some promotional duties, although as you can see in this case, there was one other perk! 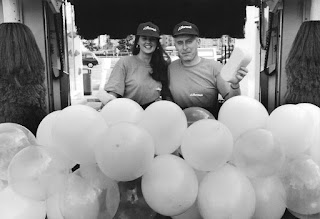 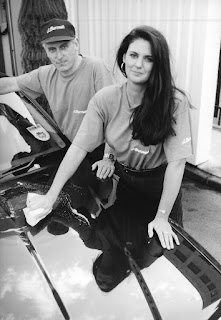