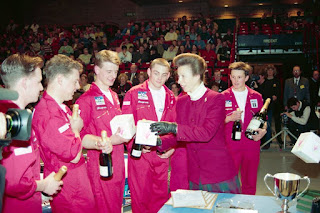 The recent posts regarding the 1993 Scottish Motor Show at Glasgow's SECC, generated quite a bit of interest - and also a response! From one Alistair Wilson Esq, a former rally co-driver then driver (when he discovered that the folk he were co-driving for were useless!). Apparently he was a member of the winning team in the 'Jackie Stewart Pit Stop Challenge' and wondered if I had any pictures of the actual prizegiving? And yes I did, although I didn't recognise him on my first foray through the old negatives.

Nope, I didn't recognise the gangly schoolboy with the fashionable, trendy quiff, a mere slip of a young lad from Rankine's Garage out by Helensburgh. He's now older, wiser, quiff-less and running a bus fleet. But here he is 28 years ago with HRH the Princess Royal herself no less, getting the chance to meet the youngster as she handed out the silverware. 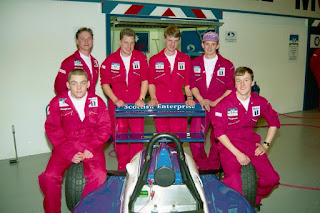 There's no need to introduce the Scottish 'racing royalty' gent in the tweed jaikit (is there?) but I must apologise for the picture of the back view of the TV cameraman who stepped in front of the photographer at one point. And do you know what? That very same photographer inadvertently trod on that very same TV man's foot just a short while later - rather forcibly I might add. Shocking coincidence, eh?

I sent Alistair copies of what I had but in the interests of wider acknowledgement of his and the team's sterling efforts, here's a few.

There's a few more photos to come before this page moves on to something else. These photos were deliberately kept till last because there were some 'professionals' who also participated in the competition, probably to show how the job should have been done.

They didn't win either, but once you see the line-ups you won't be too surprised. Naturally the individuals in the photographs won't be named as no doubt this might cause a stooshie when published and the author of this here page will have to hide behind his lawyer's skirts once again. 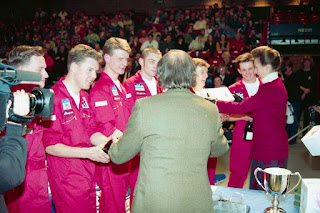 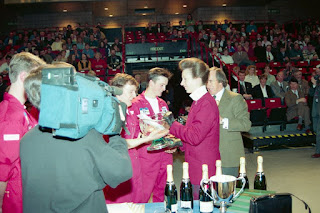