A Matter of Concern? 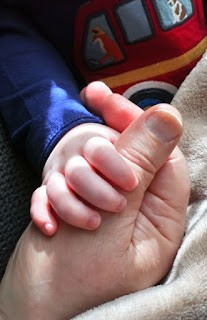 Concerns are growing with regard to the health and wellbeing of my big pal Jaggy, he of the notorious 'JaggyBunnet' on-line rally and motoring magazine. Other friends and acquaintances are awfy worried too. It would appear that his behaviour has been displaying some unusual characteristics of late.

Instead of passing curmudgeonly quips, it is alleged that he has been heard being pleasant to people, doffing his bunnet and bidding them good day, and commenting on the fine weather - even when facing horizontal rain and winds that would blow Hebrideans across the Sound of Mull. It has even been alleged that he has been heard to greet complete strangers with warmth and a smile.

His general demeanour is also showing unusual traits. Folks swear that he has been seen skipping down the road, jumping in puddles and has refrained from his normal practice of standing in the middle of the road and shouting at traffic lights.

The village Police are equally bemused by this apparent change of mood. They claim to have been called by worried neighbours regarding the lack of noise emanating from Castle Bunnet. The playing of 'Red Hot Chilli Pipers' and his recording of the World Championship massed pipes and drums at full volume late at night has ominously ceased.

Neither have there been any incidences of exploding microwaves, usually when trying to heat a Fray Bentos steak pie - previously a most regular occurrence because he often forgot to take the lid off.

Furthermore, it has been noted that he is now indulging in the considerate practice of putting his bins out regularly with the correct contents and bringing them back in rather than leaving them blowing in the wind up and down the main street.

Neither of the two village pubs have seen hide nor hair of the man for six months and the butcher has a large stock of unsold pies although the greengrocer has noted a run on salads. The baker has also experienced an upturn in the sale of brown bread with crusts, whereas unwanted girdle scones and cakes are turning blue with mould.

And the clincher? The school crossing lady was complimented on the fit of her Cooncil supplied hi-viz coat and hat as opposed to being ridiculed for looking like a garden gnome in a Darth Vader outfit. More proof? He has even been spotted being kind to animals, throwing bird seed out to the wild haggis pecking on his lawn instead of taking the 12 bore to them.

Could it be that Covid has got to him, or the lockdown, or Brexit - or is it just the lack of rallying?

Oh, and by the way, grandbaby Bunnet is now six months old!