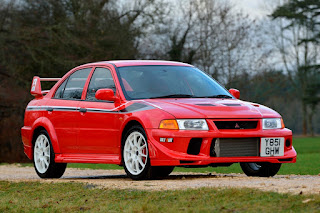 The future of motoring is changing pretty rapidly and Mitsubishi's latest news just highlights the trend. They are pulling out of the British market, and also pulling out of the European Market - or maybe not. It seems the Japanese company has done a deal with parent company Renault to manufacture 'different' vehicles on their behalf which they can sell in Europe, but not in Great Britain.

A sad day, particularly for rally fans. The Lancer model range has been a big supplier to professional and amateur rally teams not just here in Britain, but throughout the world for over 50 years. 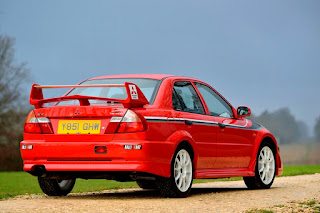 Mitsubishi have said they will continue to service the brand in this country and sell parts but the trouble here is that a number of their dealers have already left the brand which will leave fewer outlets to help current motorists.

It's a change which has been going on for years. Remember Austin, Morris, Mini, Riley, MG, Wolseley, Rover, Triumph, Hillman, Singer, Sunbeam, Reliant and others - all gone, swallowed up by other giants, or which remain in 'name' only.

And the manufacturing companies just keep getting bigger and becoming fewer. The latest is Stelantis which now owns or controls Jeep, Alfa Romeo, Maserati, Fiat, Peugeot, Citroen, Opel and Vauxhall while the Renault-Nissan Alliance encompasses, Dacia, Lada, AvtoVAZ and Mitsubishi, and the Volkswagen empire includes Audi, SEAT, ŠKODA, Bentley, Bugatti, Lamborghini and Porsche. Say it quickly, and it doesn't seem that bad, but every 'individual marque' there has a range of models behind the badge.

When such acquisitions are made, there is usually a promise to retain the separate brand identities, but what's the betting that 'economies of scale' and 'streamlining production' will overrule these 'best intentions' and many more brands will be consigned to history while those that are left will merely be a badge on an anonymous bonnet.

And they won't just look outwardly similar. All manufacturers seem to be working towards 'single platform technology' whereby one base chassis can host two, three, or even six or more different models. The appeal of this sort of technology means that the basic configuration can be changed pretty easily whether short, medium or long wheelbase or narrow or wide track. This also means that light commercials can be built on these passenger carrying platforms.

Which brings us to electrification. Such manufacturing techniques will enable the motor, transmission and battery to be purpose built into one single unit and simplifies the whole process of vehicle manufacturing.

That will bring further economies of scale. And if these savings are passed on, cars might just become a bit more affordable, and it might just be easier for folk to get into motor sport - if there is any motor sport in the future.

Because if the industrialists, conglomerates and governments have their evil way, we'll all be transported around in self-driving, self navigating wheeled boxes. No more arguments about driver competence and passenger map reading skills! Welcome to the new world.

If the past year is any indication, we know now what a rally-less future might look like. Happy days, eh?