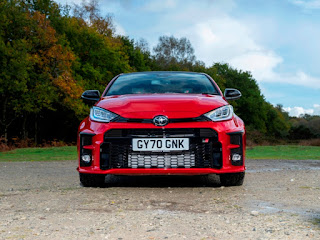 Toyota has got its mojo back, and it's good to see. 25 years after its World Rally Team got a severe rap on the knuckles, the arrival of Tommi Makinen has provided a blast of fresh Scandinavian air. At the present time the Toyota Gazoo Team and Elfyn Evans are on the cusp of history. Could a Welshman be added to the WRC Champions roll call which already lists a Scotsman and an Englishman?

Whatever, Toyota Gazoo's success on stage and track is now being transferred to its road cars with Toyota doing a bit of 'reverse engineering'. The company is turning a motorsports car into a production vehicle.

The company has introduced the GR Yaris which has been developed directly from it's World Rally Car featuring a specially developed platform, a new 1.6-litre, three-cylinder turbo engine producing 257bhp and 360Nm of torque, and it's 'GR Four' adjustable all-wheel drive system. Weighing just 1,280kg, it can dispatch the 0 to 62mph dash in 5.5 seconds. That kind of puts the heat into 'hot-hatch', eh? 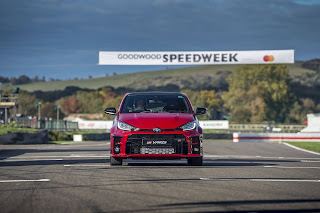 On one of his recent enforced 'day's off' Elfyn Evans debuted the car at Goodwood SpeedWeek. “It’s great, it’s a whole load of fun and really does feel like a rally car in miniature,” said Elfyn.“I’ve driven some hot hatches in my time, but not a ‘homologation special’ like this and I can tell you I am very, very impressed. It’s a kind of a raw driving experience, but the great thing is it’s a car you can use day-to-day, then play with the settings to make it like a genuine rally car.”

“There’s loads you can do to set the car up for yourself,” he added, “that’s one of the things that really surprised and impressed me. Toyota has really tried to bring in elements from the rally car and it’s worked. And on top of that, the power is very, very impressive from such a small engine.” 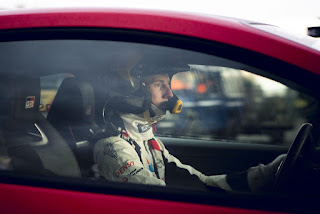 Commenting on the Goodwood experience, he said: “A twistier stage would have let us find out more about what the car can do, but from the drive I had it is fantastic. There was one section of the rally stage where you had to come in and drift the car in a 360-degree donut. The first time, I didn’t know what to expect. I yanked on the handbrake and it drifted perfectly – I was so happy I could still be there doing it now.” 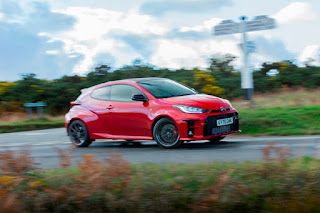