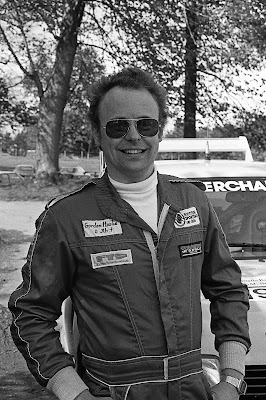 Another dark day for Scottish motor sport. Very dark. Gordon Hastie passed away on Tuesday 17th November. He had been coping with cancer for almost two years but in typical Hastie fashion had made plans. In the early days of the disease he and his wife Vicki decided to go travelling and visit places and do things they had often talked about, but never got around to actually doing.

This was the Chartered Accountant in him, he planned everything meticulously and they had a ball. They even went back twice or three times to places they really liked!

This was the Hastie I knew, and I mean no disrespect referring to him by his surname. 'Hastie & Fifey' may sound like a terrible music hall double act but it was one which worked well during Esso Petroleum's sponsorship of the Scottish Rally Championship throughout the 1980s into the 90s.

I first met him in the early 1970s. In those days whenever you saw the names Margaret Fulton and Gordon Hastie on a road rally entry list you knew that first place had already gone and with the likes of David Black and Ross Finlay, Charlie Brown and Neil Turner, Ken Wishart and Brian Hunter around, the rest of us mere mortals reckoned there was little chance of even getting a sniff of silver polish let alone getting our hands on a trophy at the end of a night's work.

Although he competed primarily in Scotland winning the Scottish National title in 1975 and '76, he contested the 1974 National Indoor Rally Championship run by Ford Rallye Sport finishing Champion Navigator and way ahead of some well established household names.

The transition to forest rallying was accomplished with ease and confidence and he co-drove in the early days for Andy Kelly and Colin Valentine and others, but perhaps better known for teaming up with Alistair Brearley, first in the Sprintex supercharged Opel Manta and then the Metro 6R4, which was also supercharged - as if it didn't have enough power already!

Throughout this period he was a member of Scottish Sporting Car Club, became a life member and was club secretary before becoming club President. He also helped to establish the Trossachs Rally as one of the best rounds in the national series and which ran at the end of the season.

He also managed to serve time on the Scottish Rally Championship committee first as Treasurer and then as Chairman. His was the voice reason balancing the Co-ordinator's voice of potential mayhem. And yet they worked well together.

He was generous, tolerant and patient especially with a Co-ordinator who needed to be kept in check during the 13 years of Esso involvement in the Championship. His was the calming and considered influence over more outrageous ideas and flamboyant suggestions. In fact, he could be infuriatingly sensible and meticulous, and even more annoyingly, often correct!

He also managed to fit in duties as club and event Steward on all types of event from autotests to hillclimbs, sprints to race meetings, navigational and stage rallies and even kart races. More recently, his work as a Competitor Relations Officer on Scottish rallies and ten years on the British Rally Championship right across the country also brought him into touch with younger and more inexperienced rally crews where his knowledge and experience were put to excellent use assisting them in the pursuit of their sporting dreams. 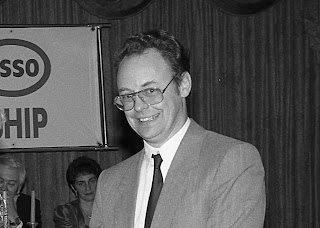 Representing Scottish interests he served on the RAC MSA Rallies Committee for ten years and was a member of the RSAC Motorsport Development Group.

He worked for a number of accountancy firms in his early years before joining Fleming Thermodynamics Ltd in 1985 as company secretary, the company which designed and manufactured the Sprintex Supercharger. Having been made a director of FTD, he moved on when the company was sold to 'foreign interests'.

His final motoring appearance was on last year's 'RSAC Three Lochs Classic' with former Sprintex designer and MD, Dan Wright, in Dan's 1995 Aston Martin DB7 6i and they won the class prize.

He was a thinker, a planner and a doer. There have been many times since then when a certain Co-ordinator, organiser and journalist would phone for advice on sporting matters and always a considered and thoughtful opinion was provided.

I will miss him, we'll all miss him, but none more so than Vicki, his two 'boys' Colin and Ross, their immediate family, close friends and the many hundreds who met and worked with him over many years. Our most sincere condolences to them all.

Note: There's a longer and more personal tribute in the on-line mag at: 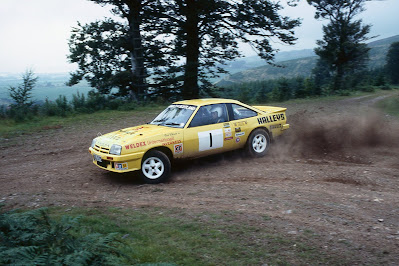