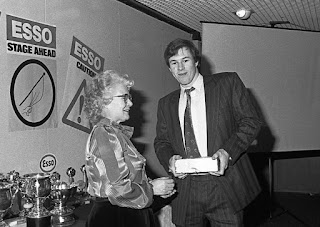 Mainstream and social media alike are currently full of tributes to a lost hero. And rightly so, although it's hard to imagine that it's exactly 25 years since Colin McRae won the FIA World Rally Championship.

But up here in the far north we tend to celebrate a little bit more. It was exactly ten years before that title clinching, memorable Rally GB victory in a 'works' Subaru that he contested his first stage rally in a borrowed car. From a club event at Kames in 1985 to World Champion in 1995. It took just ten years. Remarkable.

However, this was no solo effort. It was a 'team' effort. Mum and Dad were with him every step of the way and Derek Ringer too was a fearless guiding force in those early formative years.  Derek 'the Professor', like Colin and his Dad, were members of Coltness Car Club, better known as 'The Bears'.

Within the club were a group of individuals who ferried a young Colin to and from Autotests till he was old enough to get his own Driving Licence and then his Competition Licence to contest that very first rally at Kames. 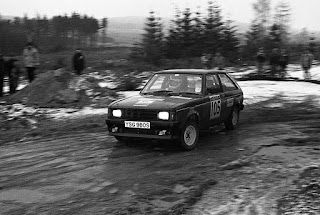 He got his own Talbot Sunbeam just ahead of the final rally of the year, the Galloway Hills. The world had no idea what was about to hit it. Head on. His attack on the Galloway Hills generated interest and his antics further endeared him to the Scottish fans the following year when he contested the Scottish Rally Championship.

Principal amongst that early band of supporters was Big Barry who seemed to be constantly straightening bent metal and repairing broken engines, gearboxes and axles to keep that poor wee Sunbeam in excellent fettle and latterly accomplished the same superhuman feats with his Vauxhall Nova.

In his first full season of competition Colin finished 18th overall in the National series  but amongst his trophies at the end of the year Scottish prizegiving was one rather special award - a glittering, glossy, golden 'Jaggy Bunnet Flying Brick' presented to the year's hardest trier. 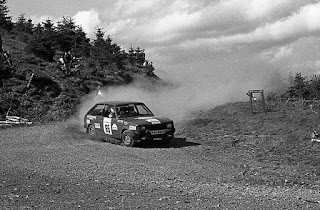 After the ceremony he went looking for the Championship Co-ordinator to have a word: "This isn't gold, this is a brick, a house brick. It's been painted!"

"Of course it is," came the reply, "In this country we make Irn Bru from girders and trophies from bricks."

Although he laughed, it was apparently one of his proudest trophies. He hit the sport of rallying like a brick too, eh?