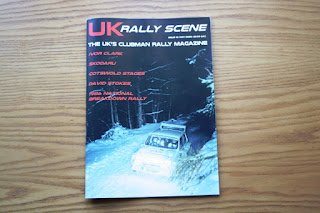 The latest issue of 'UK Rally Scene' magazine is available now, but there is one thing missing - a 'Readers Letters Page'. If there was such a thing then the old trusty steam powered typewriter would have been fired up to send off a stiffly worded critique of this current issue.

It was like being sent a tabletop rally through the post. Follow the clues and find your own way round. There is indeed a list of Contents inside the front cover, but the infuriating thing is, not every page in the mag is numbered!

Either this a very subtle diabolical ploy on behalf of the management to wean us off the grit and glamour of special stage rallying and on to the more politically and environmentally acceptable and brain tickling sport of navigational road rallying. Maybe they know something about the future direction of the sport that we don't! 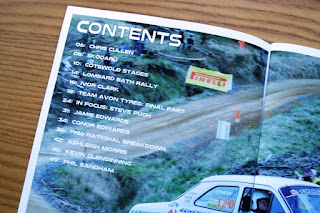 Or maybe it's more simple than that. Whereas the younger readers will easily find their way through the pages with their double jointed 'Dirt' exercised dextrous thumbs, the aulder gits will be left fumbling in their wake trying to follow the numbers. In that way the older readers could be put off and the style could revert to a more youthful appeal and attract a more relevant audience.

Only kidding. It does seem though there is more reading in this issue, and that's a good thing, we've all got more time on our hands these days. Amongst the gems there is one stand-out article. It's about 'Ivor the Driver.' 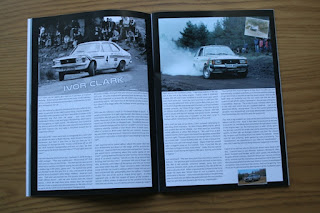 Whether it's true or not, there is another story told about the man that is the stuff of legend, or fairy tales. It was way back in 1976. He had a beat up old 1300cc Avenger on that year's RSAC Scottish Rally but he had already marked himself out as a man to watch. The story is told that that the out of puff wee Avenger was passed by three cars on the long, twisting climb up the mountainous Drummond Hill stage - and then Ivor re-passed them all again flying across the top and down the other side!

Whatever, I choose to believe it.

As usual, the mag is only a fiver and available on Ebay, so go look for it. There's some good bed time reading in there. 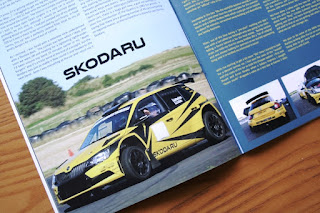