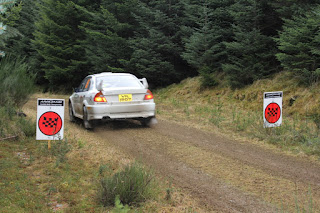 Motor sport ... The Future ... Does it have one? ... The world as we know it didn't change the other night (12 Dec). We all got up and went to work as usual the next morning or took the weans to school (13 Dec). Even the weather didn't offer anything different. Farmers still had to milk their cows and Greggs still had its early morning breakfast queues. And that was despite what the nation's public and commercial broadcasters, mainstream press, social media and anti-social media would have had us believe. A new dawn? A new beginning? Don't hold your breath.

The country was in a sorry state before the election and it's still in a fearful muddle, so I don't see any reason to be joyful. Bah, humbug.

Similarly the outlook for motor sport remains bleak. Next month (Jan 2020) the new regime at Colnbrook will 'celebrate' its first anniversary. What has been achieved over the past 12 months? Outwardly, precious little, although we shouldn't yet lose faith in the new incumbents and remain hopeful.

The same issues continue to blight our sport too. Rising costs, increased regulation, litigious fears, insurance charges, a lack of volunteers plus of course the advancing age and reducing numbers of those who organise, officiate and motivate. And then there's apathy, if you need an example, look no further than the Club Development Day that Scottish Motor Sports organised free of charge the other week . Out of Scotland's 60 or so car clubs only one bothered to turn up. You'd think that in the current fragile climate we should be taking every opportunity we get to try to improve our lot.

Motor sport is an easy target. Unlike other sports which rely on all forms of fossil fuel burning transport to get athletes and their kit around the country or across the globe, motor sport is seen to be using this precious commodity directly to fuel competition and participation. Motor sports need a more positive image to present to the wider public, but no-one is willing to stand up and carry the banner.

Our sport is far too introverted. That's why we struggle not just to have a positive social image but also struggle to attract newcomers and the young to participate. The number of competition licence holders has been falling for the past 30 odd years and I see no signs of stemming that flow - yet!

The sport is dying the death of a thousand cuts and we're fast running out of plasters! Perhaps a bit of surgery is needed before the gangrene sets in.

Rallying as we know it is likely to be the first casualty. Forest use is being limited and roads are not being maintained to previous high standards. The alternative is closed public roads, but the great British public will only stand for so much before clamouring for a halt.

This is where the sport's governing body should step in and lead the way. After all, they are the professionals in an amateur sport. If they can't or won't do it, they'll be out of a job so it is in their interest to attract, encourage and promote but they can't do it alone. The clubs and the fans need to do their bit too. If we fail, then so will the sport. Simples.