As 2019 draws to a close, spare a moment to reflect on lost pals. We lost a few more this past year. It started badly with the loss in January of  well known racer and hillclimber Kenny Allen from Crossford, and then came the even more unbelievably sad news of the loss of 22 year old rally driver Stephen McClory.

October proved to be a dark month too with the passing of Andrew Cowan and although he wasn't one of us, Worcestershire's Russell Brookes who was well known to all Scottish rally followers and a great fan of the International Scottish Rally in its heyday. 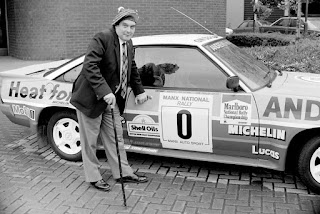