Nope, not that Big Issue. This was the latest issue of the 'UK Rallyscene' magazine which has been venturing further afield (aforest?) than Scotland, England, Walesland, Northern Ireland and the Republic of Ireland these days. It is even reporting from Europeland, although quite how Brexit will affect future missionary work remains to be seen.

Anyway, a cauld and weary figure was spotted at Lockerbie Lorry Park Service on the Saturday of the recent R.A.C. Rally with a tableful of goodies, primarily the latest copy of the magazine with some back copies available for those who may have missed out in the past.

This latest issue contains reports and stories from a' pairts although concerned parents may wish to redact certain descriptions and expletives before the weans get near it. There's Part 2 of the '8 make a date in Finland' plus 'Pain in Spain', rally reports from all around the country, a feature on a chap called Ari Vatanen and an insight on being part of a rally 'Set-Up' crew - especially for those think organising a rally is easy! 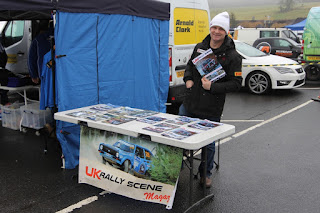 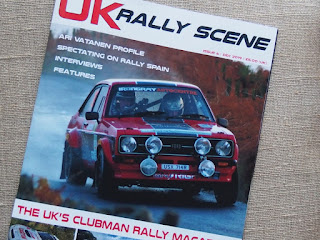 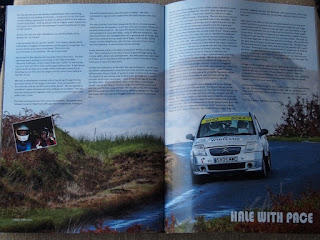 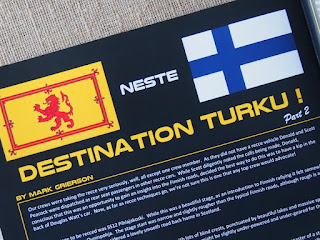 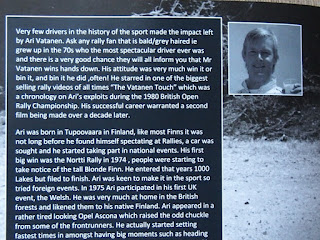