As a member of the Association of Scottish Motoring Writers, there was a wee surprise awaiting a certain peripatetic reporter when he arrived in Duns for the Jim Clark Rally. One of the first vehicles he saw was this Mitsubishi L200 adorned with a certain logo. Mitsubishi had provided the organisers with six L200 pickups to fulfil a number of vital functions ahead of during the rally  and had decalled one of their pickups.

However, only a week before,  the circumstances were rather different at the Scottish Car of the Year awards (SCoTY). Steve Graham, ASteve has a rea Sales Manager at Mitsubishi Motors UK, had been presented with the 'Pickup of the Year' award on behalf of Mitsubishi by the Association of Scottish Motoring Writers at this rather glamorous annual ceremony at Dalmahoy.

It was a colourful and glittering night of good food, fine wine, even finer whisky, music and dance with everyone suitably attired as befits such a prestigious and convivial occasion. All the category prizewinners received a substantial and much coveted quaich and the speeches were brief. Naturally there were haggis and bagpipes. These are not just any motoring awards, these are Scottish national motoring awards!

The pictures show a certain Mr Graham in his business suit with Russell Blood from the rally (not in a business suit), and much more appropriately dressed for the big occasion a week ago with Amanda Gibson, Mitsubishi's Press & Public Relations Manager. Steve was presented with the award by Ken Fletcher, Editor of the Scottish Farmer.

It was great to see that Mitsubishi had recognised their achievement with this adorned machine and that our national awards were so well appreciated. A special thanks also to Mitsubishi for their much valued support for the rally. It also goes without saying that a certain member of the judging panel was not in the least swayed by this generous gesture when casting his vote!

And how do I know all this? I was there. 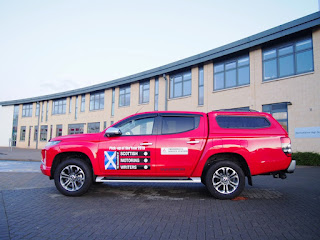 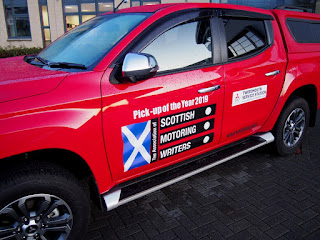 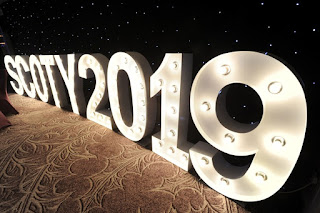 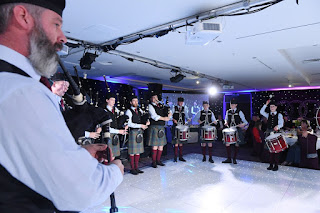 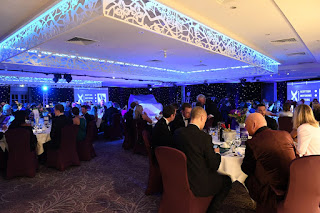