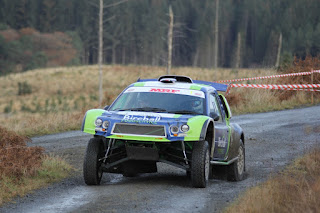 Forest rallying faces many threats. Rising costs, restricted availability of forests, quality of roads on offer, increased regulation, shortage of volunteers and of course now there are a growing number of opportunities to go closed road rallying. There is another threat, but few are aware of it. Hill rallying.

The bare statistics alone should make most forest rallyists give it some serious consideration. Last weekend's Scottish 'Borders' Hill Rally provided 19 stages with 110 miles of competitive motoring for an entry fee of £495. Kind of puts a 'normal' forest rally to shame, eh?

Starting on Saturday morning at 10am, there were 10 Special Stages with the last 3 held in darkness! On Sunday the re-start was again  at 10am  for the final 6 stages finishing around mid afternoon with time enough for folk to get packed up and back on the road home after an excellent weekend's sport. 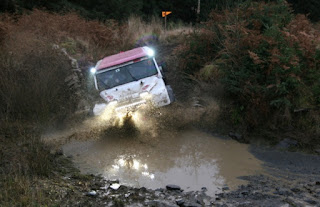 The regulations are also a bit more relaxed than 'our' sport. The cars range from sophisticated 4WD machinery to standard production vehicles, most of which are Land Rover based. Although some of these Land Rover based specials have about as much in common with the farm runabout as a Tardis.

Really, you can compete in an almost bog standard Defender. There is a Standard Production class and a Modified production class and then work up through the specials to the Prototypes. But even at the top end of the food chain the most competitive machinery falls far short of the price of a World Rally Car or an R5, and a lot less than a 'modern' Mk2!

Having said that, a World Rally Car could probably get round the stages quicker than some of these machines, but they would be minus a few bits of bodywork at least by the finish. For sure there are many fast smooth bits with 100 mph straights and fast corners, but it's the nadgery bits that demand  additional skills of the driver and the build quality of the cars as they dip and dive through quarries, ditches and bogs. It's all part of the challenge and the fun. And yes, some folk do get awfy wet and muddy, but that's all part of it too. 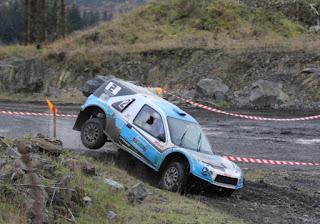 Standing there on a banking at the weekend, surrounded by snow capped and tree clad hills in the crisp morning air was quite magical. The event got under way with the sound of distant thunder in the glen far below. All too soon the approaching deep growl of a 6.2 litre V8 burst into view in a flurry of spraying gravel and flying mud as it braked, turned in and accelerated out of the hairpin. The long travel suspension making the nose of the Lofthouse LS3 machine dive into the dirt under braking and then rear up on its hind legs as it took off again on the exit, all the while bellowing like a rutting stag looking for a mate.

And that was just one. There were a variety of aural delights from diesel fours to straight six petrols and a variety of small and large capacity V8s, many of them with automatic gearboxes! Two pedal motoring doesn't get much better than this.

So if you do fancy a shot, just chuck the sheep out the back of the pickup, fit a rollcage and fire extinguisher and you're almost good to go. There are currently only two proper Hill Rallies in Scotland each year although there are many other 4WD events from competition safaris to trials, but if the demand was there, no doubt more events could be created. 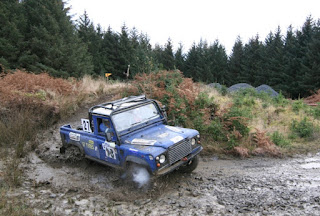 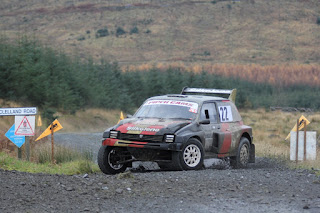 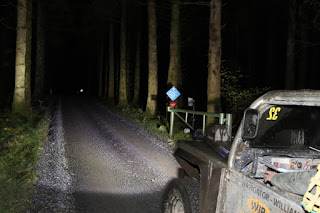