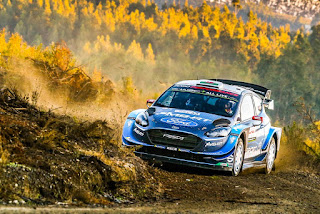 There were two Fords in the top six at the end of the Copec Rally Chile on Sunday, but only one Toyota, and it wasn't Kris Meeke's, as he explained: “Not far into the first stage on Saturday morning there was a junction right and then immediately a long slow left. My notes weren't correct and I ran wide and touched the bank. It was a slow-speed incident but we finished on our roof, so we lost a lot of time getting back on four wheels. The car was driving fine but we had to remove the windscreen, so at speed it was difficult to hear the pace-notes and difficult to breathe too."

At the rally finish on Sunday, Kris was a bit more upbeat: “Today was nice. We had to catch a couple of cars in front of us to take eighth place. Still, we took some points for the team and it's great to see Ott take the victory. I'm just desperate to have a clean rally now, as we have the speed to fight for the podium on every event.”

If Ott Tänak's 2nd victory in his Toyota on this year's FIA World Rally Championship was impressive then what of Sebastien Loeb in 3rd place, first time on gravel with the Hyundai i20? He finished just 7 seconds adrift of Citroen's Sebastien Ogier. Loeb actually closed to within 1.1sec of Ogier on Sunday morning but the onboard fire extingusiher went off during the Power Stage and the Frenchman was feeling a bit light headed by the finish!

On a more hopeful front Elfyn Evans did the business for M-Sport finishing 4th and well clear of team mate Teemu Suninen. “It’s been a difficult rally and there were some places where we struggled for sure," said Elfyn, "but overall, it hasn’t been too bad. We managed to stay out of trouble and had some pretty good pace on Saturday. But we just weren’t 100 percent confident and couldn’t find the last little pieces we needed to fight for the podium. With some big gaps ahead and behind it was all about bringing the car safely home today, and fourth place is definitely a good end to a difficult rally.”

Thierry Neuville was the biggest loser. He also lost the WRC title lead when he crashed his Hyundai on the final day: “The most important thing is that Nicolas and myself are both fine and in good condition after our crash," he said, "my pace notes were obviously too optimistic during the recce!"

(Thanks to M-Sport and Toyota Gazoo for the pics) 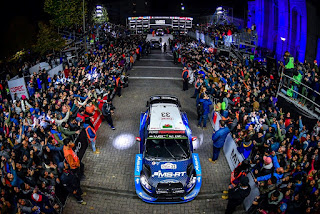 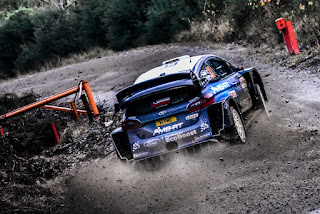 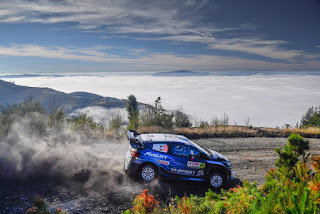 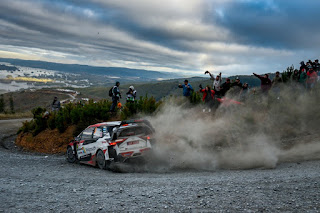 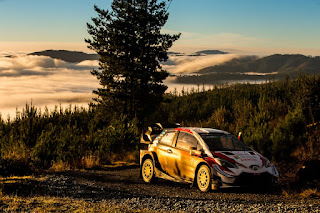