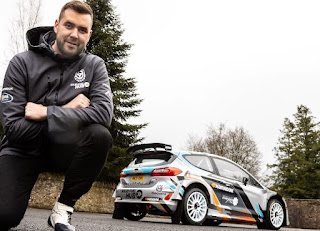 In the week that Garry Pearson announced his rallying plans for the 2022 season aboard a  brand new Ford Fiesta Rally2, many cynics and envious onlookers may have forgotten the British National Rally Champion's rather more modest beginnings.

He started in the Scottish Championship in 2008 in a Peugeot 205 and Nissan Micra before moving on to a Renault Twingo. Cheap and cheerful perhaps, those one-make championships may not be the stuff of glamour and spectator thrills but as an introduction into the dark art of rally driving, a great way to learn the craft. 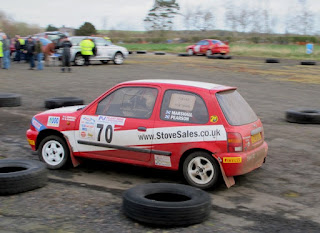 Rallying is not just about power on the straights, it's about carrying speed through the corners - and staying off the brakes! Fundamental techniques for making progress.

Someone who is setting out on that ambitious road is another graduate of the junior rallying formulae, 19 year old Fraser Anderson from Helensburgh. Having started in Junior 1000, Fraser moved up to a Ford Fiesta R2T for a few rallies in 2020 and a full season last year and has a new car for this season.

Having now acquired a Ford Fiesta Rally4, Fraser and co-driver Sinclair Young are planning to contest the Junior category in this year's 2022 British Rally Championship which gets under way next weekend on the Corbeau Seats Rally Tendring & Clacton over the weekend of 23rd/24th April. 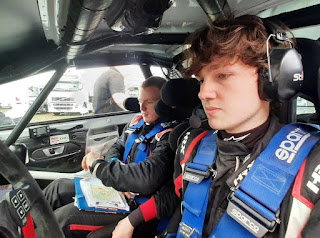 First time out in the car on February's Galway International Rally Fraser, with Dylan Doonan co-driving, Fraser finished 20th overall and had four class stage wins and a second out of six stages on the Saturday before a punctured radiator slowed them on Sunday. Last month on the Legend Fires North West Stages with Harry Marchbank finished 28th overall (from a start number of 120) and fourth in class against more 'senior' opposition.

The car will be prepped and run by Preston based Taylors Motorsport with backing  from  Cardowan Creameries, Baxter & Gillespie, HSS Glasgow, Artex, Akzonobel, but more commercial support is needed. 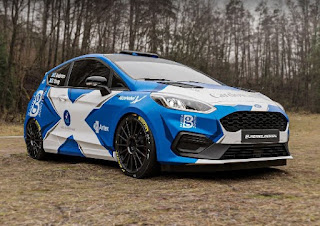 However, next weekend's outing in Essex will prove to be the big test. So far, six Junior crews have registered in the JBRC and each one of them will have eyes on the big end of season prize - a drive in Hyundai i20N Rally2 on a round of the 2023 World Rally Championship thanks to support from Hyundai Motorsport Customer Racing. So if there are some more potential sponsors out there, this could be an excellent opportunity to get into rallying on the ground floor.