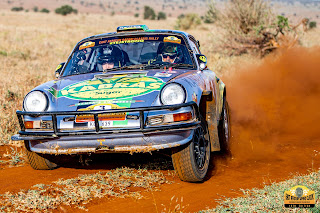 Open to two-wheel drive, naturally aspirated rally cars built before 1985, the rally featured 24 Stages totalling 1823 kms (1132 miles) and attracted crews from 15 countries including quite a few other Brits. 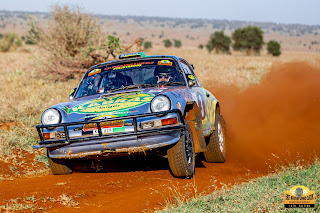 Much in demand Drew (son of Scotmaps' Lucky Sturrock) is no stranger to African rallying and has been competing for a number of drivers in various events all over the continent for over 11 years recording a whole string of wins, national championships and top ten finishes with numerous drivers.

This latest victory marks another remarkable result in one of the toughest rallying environments in the world. Conditions were tough on cars and drivers, and not forgetting the co-drivers - calling the route for over 1100 stage miles!

Of course, we all know where he learned his craft!