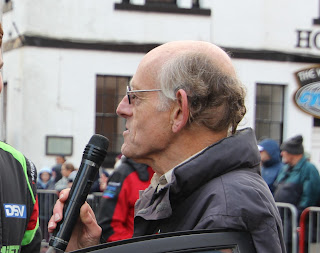 The real and original 'voice of rallying' has been silenced. Bob Milloy passed away last week. Another tear in the fabric of rallying.

Best known perhaps as a commentator at Rally Starts, Finishes and  Prizegivings, or MC at Awards ceremonies, Bob was a tireless worker behind the scenes. His motorsport career started in the 1970s as a rally co-driver, and occasional trials driver, before moving on to become a Marshal and club event organiser. He also qualified as a race Marshal, and as if he didn't have enough on his plate, Stewarded at many events too.

He may not be instantly recognisable to fans and followers of the sport, but to huge numbers of competitors his was the familiar face behind the microphone that greeted them on Rally start lines and at Finish venues right across the country. 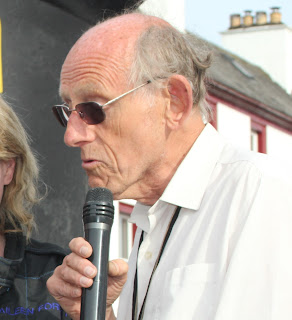 He originally came from Cheshire but when he moved to Cumbria we started to see more of him this side of the Border. That only expanded his involvement in the sport as he travelled the length and breadth of the country at weekends to commentate or officiate at rallies and other motor sporting events.

Until recently he was Chairman of the Association of North Western Car Clubs, a position he held for 28 years and represented the Association at MS UK Regional Committee meetings making regular forays to the old HQ at Colnbrook and more recently Bicester.

Bob's enthusiasm was sincere, infectious and obvious to anyone who heard him commentate but away from the microphone he was diligent, meticulous and sometimes quite stubborn - but all for the good of the sport. It is said that no-one is irreplaceable, but his will be a very hard act to follow. 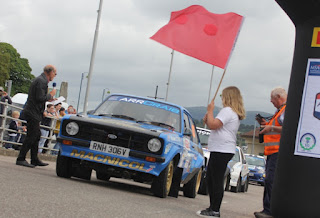