Once upon a time, vans were quite simply a box on wheels. An automated beast of burden offering little in the way of creature comforts. The other big advantage was they were cheap! Not any more.

Vans can no longer be considered simply as functional commercial vehicles, they can replace the more traditional commuter, leisure, family, business runabout with one major advantage over their saloon car counterparts, they've got a huge boot. Ideal for man stuff, and woman stuff, and baby stuff, and leisure pursuits, and of course, work!

Which is where the Ford Transit Custom Trail comes in. Personally speaking this is one of the most desirable light commercial vehicles on the market. There's just one tiny wee thing stopping me, the price. There's no such thing as a cheap van any more, even the used van market is short of supply and prices are rising. 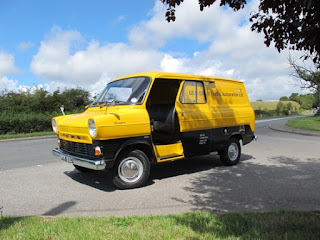 Ford are partly to blame for this. When they introduced the first Transit over fifty years every other light commercial vehicle manufacturer had to raise their game. The race was on. More recently, the legal requirement for more crash protection and built-in safety measures has further added to the cost while at the same time reducing payload! And that was another problem.

Anyone for a cargo bike?