Rally - Trouble on the horizon? 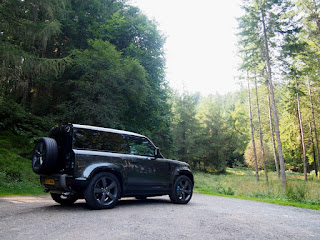 Trying to keep one's mind on the day job (and that's difficult, I so want a V8 Defender)! but yesterday's post provoked quite a bit of comment and reminiscing, although it's not just the withdrawal of permission to use certain forests that could threaten the future of stage rallying. There could be an even bigger threat hirpling over the horizon - arthritis.

Next time you are at a rally just pay a bit more attention to the volunteers, officials and tabard wearers. There is a distinct lack of youth and vigour amongst their ranks, more a manifestation of experience and world weariness. It's obstinacy and passion that keeps them going. For instance, I'm sure there are Scroots out there who learned their trade on steam engines and checked the tread on quadruped's horseshoes!

To those who have never organised a rally, it's dead easy. To those who know better it provides a constant source of amazement that so many amateur volunteers continue to give up so much time, and often at their own expense, to provide a sport for others in which to participate and even more to spectate.

And  it's not just the workload, it's the responsibility that comes with it, plus working with Forest & Land Scotland personnel, other landowners, local authorities and local by-law compliance, and of course the Police. And then of course there is the Blue Book, that invidious and diffuse tome of rules and regulations devised by the very Devil and his disciples.

MS UK are right to encourage youngsters through their Academy and to continually try to attract more participants to the sport and raise the profile, but they neglect the silent army at their peril. We don't just need new blood in the organisational side of the sport, we need to retain it, train it and nurture it. And we all need to show a bit more appreciation.

Car clubs also need more support. That's the main reason there is no rallying in Perthshire these days. We lost the Hackle Rally because 55 Car Club is not as big a club as it once was and Coltness CC found the effort of running an event in these forests just too much for a team based some 90 miles away.

Nope, it ain't easy, and it ain't for the faint-hearted. Look at it another way, if every volunteer over the age of 50 gave up tomorrow there would be no more rallies.