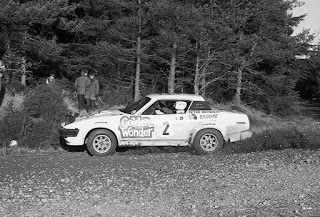 After a false start, good progress is being made on the first of a series of books recording the history of the Scottish Rally Championship. Three chapters were actually written before one was presented to a couple of trusted friends for their insight and comments.

Silly move, that resulted in a complete re-write! It wasn't that they didn't like it, they just wanted more!

The format has now been established and a new chapter will be shortly be given to those same 'friends' for further approval. So if the books fail, then I'll publish their names! 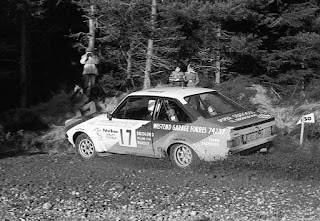 Anyway, Book 2 of the series will cover the Championship from 1980 to 1989 and will comprise ten chapters and that's what is being worked on now. Each chapter will cover one year and feature a short report on each round of the series in that year plus top ten results and class winners on each event, and a top ten end of season Championship Points Table at the end.

Book 3 of the series will cover 1990 to 1999, and so on. Then it will be back to Book 1 to try and record the history from the championship's inception in 1957 to 1979 if I can fill in the gaps. And what can't be fitted into these five books will comprise the sixth!

As previously explained on this page, the original intention was a two book history, but that quickly became a four book series and now it has become five or maybe six! 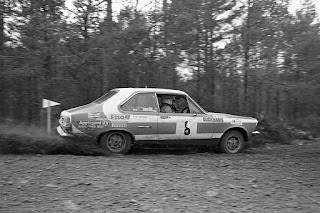 To keep costs down most of the pictures will be my own as it is hoped to generate sufficient profit to fund the next books and additional costs and research.

Anyway, that's where we are, but progress is being made, although perhaps slower than it should be for the auld stories and foties bring back such awfy guid memories of rallying in its best times. 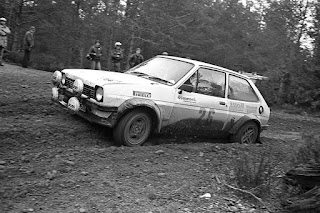