On Her Majesty's Safety Service 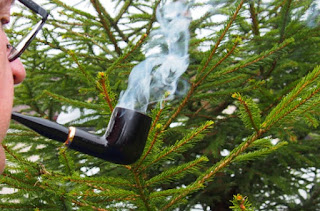 Earlier today, my big pal Jaggy was spotted out and about on Government duty no less. Apparently he was testing what the 'British Standards Association' are calling their 'Automatic Social Distancing Device'. The Theory is that no-one will approach within two metres, and possibly more depending on wind direction!

If the big chap's report is favourable and the device is effective then this may yet become another tool in the armoury to fight off Covid infections.

However it may pose a problem for the big chap this weekend as he will be attending a motor sports event somewhere in Scotland. The idea being to see how a journalist will cope with the restrictions when it comes to chatting to competitors. At the event in question, the competitors will be split into 'social bubbles' hence the problem - how does an 'outsider' get close enough?

Of course the event has an appointed Covid Officer so one can expect earnest discussions about what is, and is not, permitted. The organisers are keen to see how they can accommodate the needs of the Press/Media and the Press/media are keen to find out what can be allowed within the safety rules. Naturally the afore mentioned new ASDD will only be used in certain areas and a face mask in others.

Going by all the on-line 'paperwork' already issued ahead of the event, organisers are facing harrowing times. And not for the faint hearted. Competitors too will face additional tasks ahead of attendance and then observe new rules once on site.

Which raises the question, what kind of reports are we likely to read in the Press next week after the first round of the British Rally Championship in Cheshire on Monday. The big chap originally had the idea of paying a visit as there are quite a few of our lot, many with new cars, going down for the first major rallying thrash of the season.

Of course the English rules are different from those up here, so it's better to find out what Scottish events are likely to be up to rather than venturing further afield as the sport looks set to get under starter's orders soon on home turf.