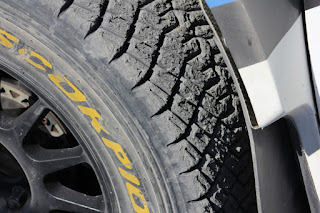 Is that a light at the end of the tunnel? Or is it a couple of Cibies coming at you helluva quick?

Realistically, there is little prospect of forest or closed road rallying getting underway in Scotland again before April of next year. Even if an effective Covid19 vaccine is found over the next couple of months motor sport and its followers won't be high on the list of priorities.

And yet behind the scenes there is a steady buzz of activity helped along by the latest innovation to hit domestic and amateur sporting life - Zoom, and of course other on-line chat software. It's not the same as a gathering round a pub or living room table but these type of video chats provide a very effective compromise.

And of course, they are pretty 'green' as delegates and organisers are not driving to and from the various venues. Cheaper too, since no-one has to buy a round of drinks or provide coffee and chocolate biscuits for the travel weary and half starved. I have seen a multi pack of caramel wafers disappear faster than a Fiesta WRC off a start line.

Dropbox (and others of its ilk) is another great invention as documents, plans and maps can be shared amongst organisers and then discussed 'face to face' on-line at the next team video meeting.

There's no banter though. Meetings are shorter cos some folk have slow internet connections and look like geriatric 'Thunderbird' puppets. The fun factor may have been reduced but not the work ethic.

On that basis, plans are already well underway for a hopeful resumption in May next year. The inaugural Coast2Coast Rally based at Stranraer is scheduled to run on Friday and Saturday 7/8 May 2021 while the Duns based Jim Clark Rally should take place over the weekend of 29-31 May. Fingers crossed.

Similar work is going on behind the scenes right around the country at club and individual level as well as event and championship level.  Motor sport is far from dead, it's just resting. The organisational work never stops and we should all be thankful for the unstinting, unselfish efforts of those behind the scenes who never stop working on our behalf. Without them, there definitely would be no motor sport.

Maybe we should all hang a rabbit's foot from the rearview mirror, run over a black cat, touch wood and stick a wee St Christopher figure on the dashboard, for sure as fate we can't rely on the science - apparently. Depending on who you listen to "Covid is not happening" according to Trump, "Covid is under/out of control" by Johnson/Keir, and Davey has a foot in all three camps!