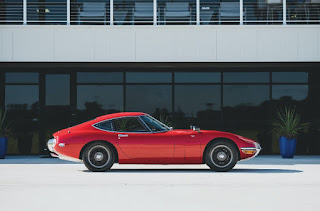 Recent posts on classics and restorations seem to have been quite popular, so here’s a slightly different tale.

Once upon a time, some folk referred to the Datsun 240Z as the Japanese Austin Healey 3000 – powerful and tail happy. Toyota’s 2000GT appealed to sports car fans in the same way.

Being one of those sad, but tail happy people, I happened to notice that across the waatter in Trumpland at a recent RM Sotheby’s sale, a very rare example of Toyota’s 2000GT went under the hammer for more than $900,000.

Originally bought and owned by legendary American racing driver Otto Linton (1917-2018), this 1967 model had been well maintained throughout its life and fully restored prior to its sale. 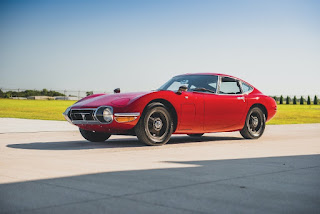 Apparently only 351 units were made during the model’s short, three-year production run, a surprising few perhaps given the car’s good looks and performance. At the 1966 Speed Trials held at the Yatabe High Speed Testing Course, the Tosco (now TRD) tuned 2000GT raced through a tropical storm and averaged 128.76 mph around the circuit’s banked oval. By the end of the 72-hour event it had smashed three world records and set 13 new international records for speed and endurance.

And here’s a snippet I didn’t know. Toyota never formally made a convertible version of the car, although two were in fact built for a certain Sean Connery Esq, as secret agent James Bond 007 in the movie You Only Live Twice – cos he couldn’t fit in the hardtop!

Anyway, I thought it was interesting. 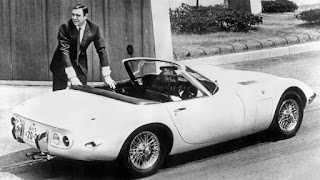 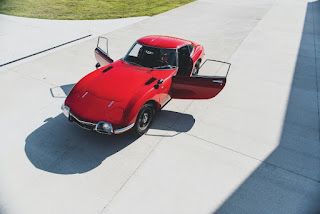