Rally boots time, or not? 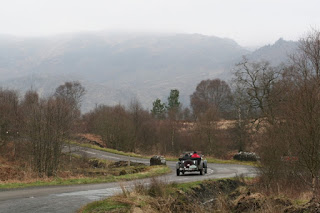 This weekend's Highland Thistle Rally for classic cars has been cancelled due to the ongoing Covid19 crisis and the Scottish Government's increasing restrictions on crews of two people car-sharing. Due to start on Friday in central Scotland and head north before returning back to central Scotland on Sunday, it has now been postponed to next year. On the off chance that you were planning to head out into the middle of nowhere to see the cars, then dinnae bother.

This might also threaten other planned competitions for events with two-person crews which had been planned for later in the year, so keep an eye on your emailbox.

But if you're driving gloves are useless, then flex your computer fingers and get ready with paper, pencil, Romer and watch and enjoy all the thrills of navigational rallying from the comfort of your own office chair. The first round of the 'Nicolson Digital A4 Tabletop Rally Championship' gets underway this Friday the 2nd of October and you've got a week to complete the route before the closing date on October 10th. 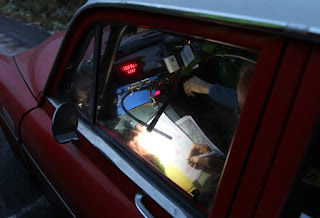 There's still time to enter this 8 round Autumn/Winter tabletop series and there are classes for everyone from numpty aspirationals and auld gits who have forgotten all they ever learned in the sport's hey day - called the 'Fun' bunch - to Novice, Non-expert and Expert.

Here's the thing, it's free. Everything will be provided on-line including a map, not to mention 'Panic' envelopes for those who get stuck. Not only will you not need the AA's emergency number, but you won't need fuel and the car won't get mucky. Nor will you need to get out of the car and sprachle with the spare wheel while skinning your knuckles on the wobbly jack and wheelbrace in the wind, rain and freezing temperatures when you puncture a tyre. Similarly, you won't get lost in some godforsaken corner of Scotland which doesn't have a post code or a mobile phone signal. What's not to like?

And if you need more convincing, get the weans involved. Tell them it's entertaining as well as educational. These sort of exercises help with maths, mental arithmetic, geometry, geography, history, the English language and map reading skills - useful when your SatNav has lost its signal or your phone runs out of battery in real life. In fact, some of the weans might like to get their class mates involved, and thereby breed a new generation of would-be rallyists when we finally get the go-ahead to announce: "Gentlepersons, start your engines!"

All the details are on the Nicolson Digital  Rally Championship Facebook page: 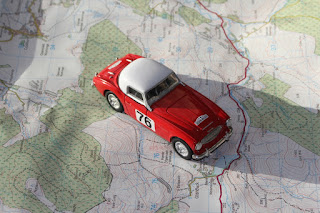 And if you don't have an FB page then create one. It's easy for those auld codgers of a certain and cynical generation who have so far resisted and who will have nowt to do with social media. There is no need to pictures or personal information on it when you register on FB, but it will allow you to access this. It's well worth it just for that.

Organised by highly renowned plot and bashers Robin Nicolson and David Law, the 8 round series will take you around Scotland with different clubs organising each round.

The first round will take place on Orkney, so if you've never been, here's your chance without leaving the safety, comfort and central heating of your own home! Better get to it quick - over 50 entries so far ...