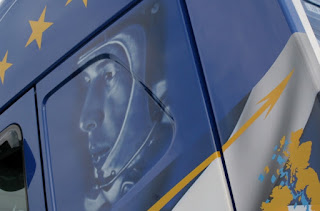 As the evening sun dipped ever lower behind Knock Hill, silence reigned. It was getting on for 7 o'clock and the photographers were packing away their equipment. Then, from the far side of the race track came a distant rumble, growing ever louder and angrier. The unmistakable beat of a flat four venting through straight pipes unhampered and unrestricted by such politically correct requirements as 'silencers' reverberated mightily as a car burst into sight over the blind uphill apex at Clark Corner and threw itself down the straight towards the Hairpin.

Circuit Manager Stuart Gray just shook his head slowly, but all the while grinning to himself. He had allowed one James S McRae Esq to take the car for a spin round the deserted hillside autodrome "just to blow the cobwebs out" before putting it back on the trailer. 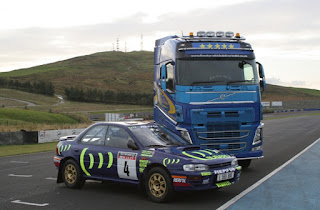 It brought a lump to the throat and a tear to the eye. The late summer sunshine casting long shadows across the track, picking up the bright blue and yellow paintwork and highlighting the sparkling chrome of the Subaru as it made its solitary and very moving progress through the vastness of the brooding terrain.

A fitting end indeed to an afternoon spent with James, Ally Shaw and James Gibb. The occasion was the first public showing of Ally's new tribute truck. Ally is not just a Colin McRae fan. He is a McRae fan, period. This latest truck demonstrates that in a very moving fashion.

Ally has recently joined the '5 Star Deliveries' haulage business which specialises in transporting cars, especially the expensive and exotic kinds! Managing Director James Gibb is well known to Scottish rally fans as both he and son Taylor engage in the noble art themselves. So when Ally approached the 'The Boss' for permission to create yet another 'Tribute Truck' as his work truck, there was no hesitation, consultation or deliberation. The results of that request were able to be displayed yesterday. 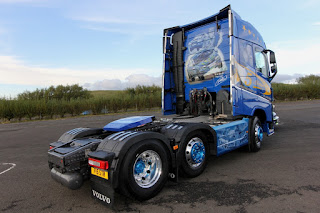 For this latest truck, Alan Smallwood from Coalville near Leicester was entrusted with the job. The result is sobering, evocative and memory stirring.

This weekend, Knockhill was supposed to have hosted the 'McRae Rally Challenge' a weekend of personalities, cars, displays and rallying, but sadly, Covid19 put a stop to that. However, it failed to prevent the unveiling of this new Tribute Truck although everyone was 'socially distancing'. No handshakes or bearhugs, just reminiscences shared and one star remembered. 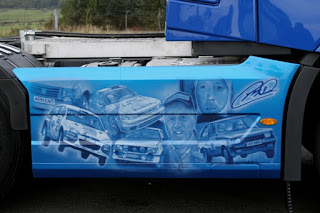 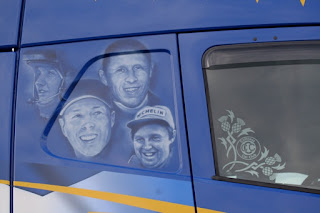 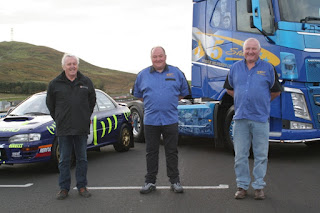 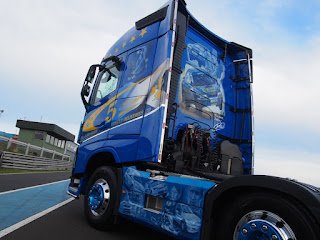 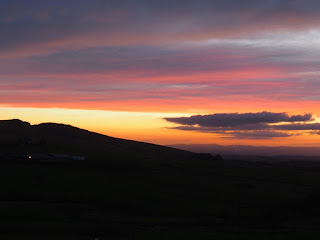