Rally - On top of the world 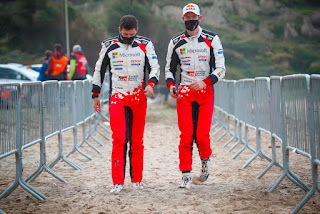 If McRae was outspoken and Burns was well spoken, then the rather quiet young Elfyn Evans lets his driving do the talking. He now leads the FIA World  Rally Championship by 14 points with 2 rounds to go. Toyota Gazoo Racing team mate Sebastien Ogier slightly reduced his pre- Rally Italia Sardegna lead finishing 3rd one place ahead of Evans in 4th, but the Welshman is well placed to carry the fight to the finish.At the finish on Sunday afternoon, Elfyn commented: “Today the main objective was to stay ahead of the driver behind and make sure that position was secure. Unfortunately I didn’t get as many points on the Power Stage as I would have liked, but all in all at least we secured the result and came away with solid points at the end of the weekend. Of course, you always want more than fourth place but we knew coming here starting first on the road was going to be tough, and we were almost out of the fight for the podium by the end of the first day. We continued to push but the times were close and in the end I think fourth was realistically the most we could achieve. Going onto asphalt (next round in Belgium), being first on the road should normally be an advantage and we’ll be hoping that will be the case.” 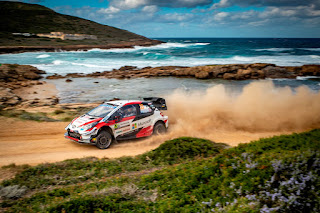 On only his second WRC outing this year an inspired Dani Sordo just managed to hold off a closing Thierry Neuville and Sébastien Ogier on the final day.

It was only Sordo's third WRC victory and his second consecutive triumph on the Mediterranean island after a dramatic finish in 2019. The Hyundai driver said: "We had a big lead coming into Sunday morning, but I wasn’t able to set the same times as Thierry and Ogier, so things were a bit too close by the end.”

Team-mate Neuville and Toyota's Ogier duelled fiercely, with Ogier fending off Neuville until a mad dash through the final stage earned Neuville the runner-up place by 1 second.

Teemu Suninen led initially, but after slipping back with mechanical problems on his Ford Fiesta, the Finn finished fifth, while world champion Ott Tänak suffered suspension problems on his i20 on the opening morning. He recovered to finish sixth.

2020 FIA WRC Drivers Points after round 6

(Note: Thanks to Toyota Gazoo Racing for the pics) 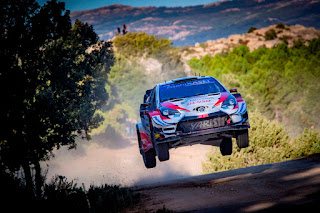 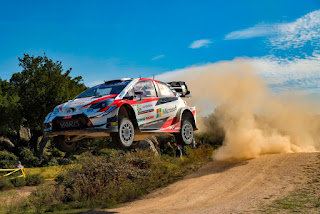 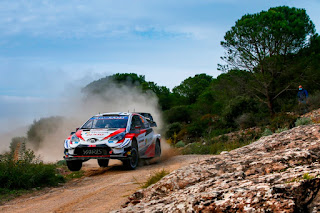 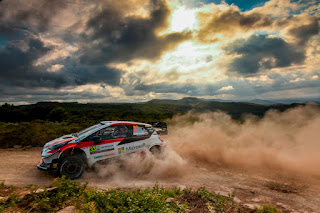