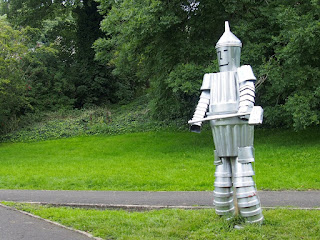 You may have noticed little on-line activity of late (or maybe not!). That's indirectly due to Covid19 - apparently. The other week a builder inadvertently sliced through the Broadband connection leaving Castle Bunnet without Internet or TV, and therefore restricted access to the outside world.

Bad enough you might think but not nearly as bad as the aftermath in which the big chap became infuriated with umpteen futile attempts to get back on line. Initially tempers were raised going round in circles and through the various and endless menus on Virgin TV.

Direct inquiries are thwarted at every turn. Anyway, the first phone call was answered by a lady who failed the SatNav audition warning the caller that due to Covid19, long waits can be expected! 64 minutes of 'muzak' later the line was cut dead and a metallic voice stated "the other party has hung up" - Jaggy's ears and nostrils started venting clouds of Irn Bru steam.

At 8am the following morning another attempt was made. This time human contact was established. More trouble. The voice spoke perfect English but was heavily accented. That worked both ways, the caller obviously had little experience of someone speaking English with a Lanarkshire accent.

At first the voice on the phone insisted on going through the standard script to ensure that all on-screen advice had been followed, until  the ever-so patient big chap insisted on her hearing him out first - i.e. the line had been cut outside the castle and therefore no amount of tinkering inside would solve the issue. After 24 minutes came the response that he wanted to hear, "we'll send out a technician - next week!"

Within an hour of his arrival today the engineer had found the breakage and repaired it. Job done.

Given the initial infuriating difficulty with Virgin Media (and also recent similar experiences with Nationwide Home Insurance and Currys PC World) it would appear that personal greed and the drive for profit have overtaken the hard work ethic and desire to offer good service, especially amongst the bigger companies.

Which kind of makes one wonder if the CEO of Liberty Global, owner of Virgin Media, who was awarded a salary package of some £101 million (that's not a misprint) earlier this year and the Virgin Media CEO, Lutz Schuler (reputedly on a mere £8 million a year), would have the same trouble calling out a technician?