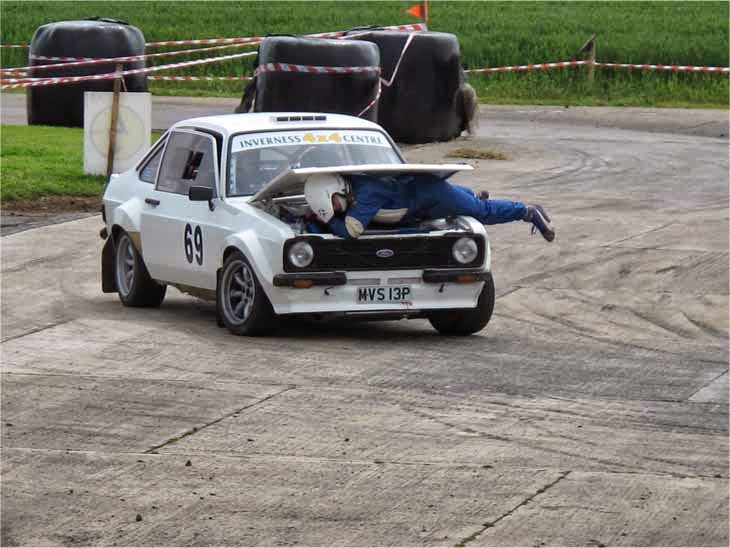 Or maybe that should be, a co-driver’s gotta do – whatever it takes to get the car home. In this case that often maligned sack of spuds (aka rally co-driver) became a bag of cooked chips yesterday at Crail Raceway.

The mobile signal was so weak in the far north east of Fife that it took ages to get the text up on-line never mind pictures, so here’s a couple of favourites that couldn’t be posted while at the rally.

Unusually, it was warm and muggy at Crail, ideal barbeque weather in fact, only in this particular case, the smell of cooking meat came not from a kebab or a coo, but from Stewart Hirst’s rather more tender meat and two veg. When the throttle cable broke at the pedal, Hamish Grant lost no time in coming up with a cunning plan. 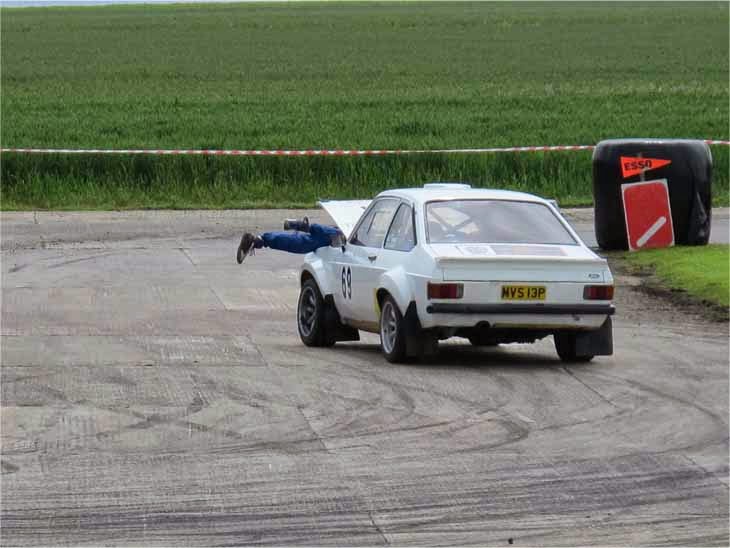 Inspired by rally feats from the good old days when this was a regular occurrence - like the 1979 Scottish Rally when Tony Pond broke both throttle cables on the Sunbeam and Monty Peters wedged himself under the bonnet to operate the throttle and burnt his leg in the process – Hamish suggested (forcefully?) to Stewart that he should operate the throttle quadrant manually while he drove ‘slowly’ through the rest of the stage. And the numpty actually believed the word ‘slowly’!

Whatever, Stewart survived unharmed, although never has a man been so appreciative of Nomex ovies and undies. They finished 42n o/a - and they’re still the best of pals. Nice one boys.
Posted by John Fife at 10:17