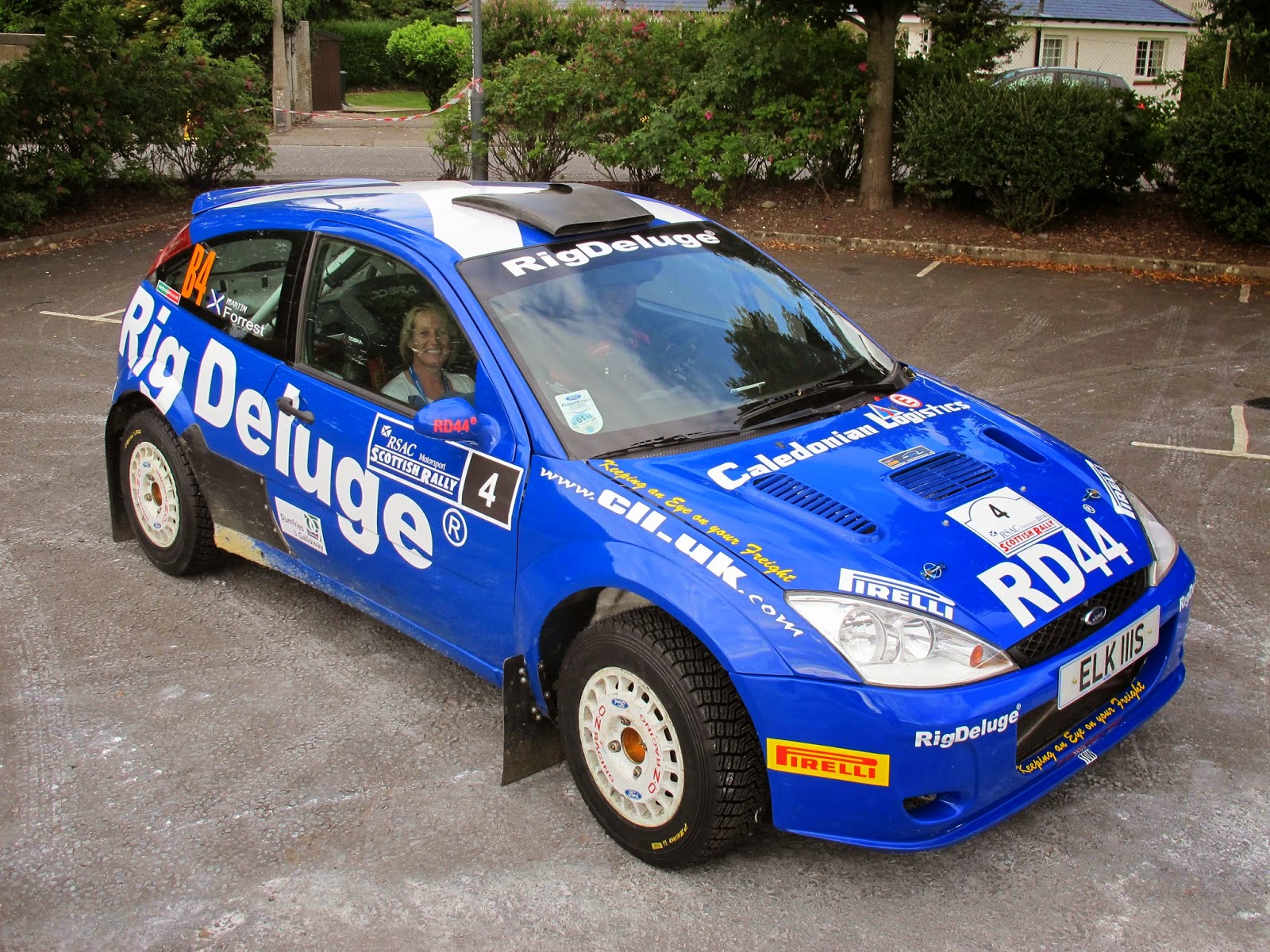 Caught up with Quintin Milne after his Focus winning debut on last weekend's DMACK Carlisle Stages. The car now resplendent in its Rig Deluge colours. In fact, the Rig Deluge boys were so delighted with the way he adjusted so quickly to the new car, they offered more support. When asked what it would take, Quintin said: "I'll have to be very careful with the car. An engine rebuilt for the Lancer is about 8 times less than a Ford engine rebuild and while I can cope with Lancer prices, this will be very different." To which they replied, don't you worry about a thing, we'll pay for the next 4 rallies. According to Quintin that will be worth about 2 seconds a mile tomorrow.

However I do think he'll be sensible, although in his case, 'sensible' is a relative term, but the car should suit his driving style.

As for last weekend, according to Q: "It was mega. I had only had 4 runs round Paul Benn's field the day before the rally and then went out on the stages. This is the first LHD rally car I've ever had. I once had a shot in one and was in the ditches everywhere, but it's so easy to drive. It gets you out of trouble if you just trust it."

Even more impressive said Q: "WWhen you look around the parts of the car some of them ares stamped 'McRae' and some are stamped 'Sainz'. Basically this is a 2001 car with 2002 suspension and steering column and the rest 2003."

So who are Rig Deluge? They put out fires on oil rigs. Serious stuff, eh?
Posted by John Fife at 18:54