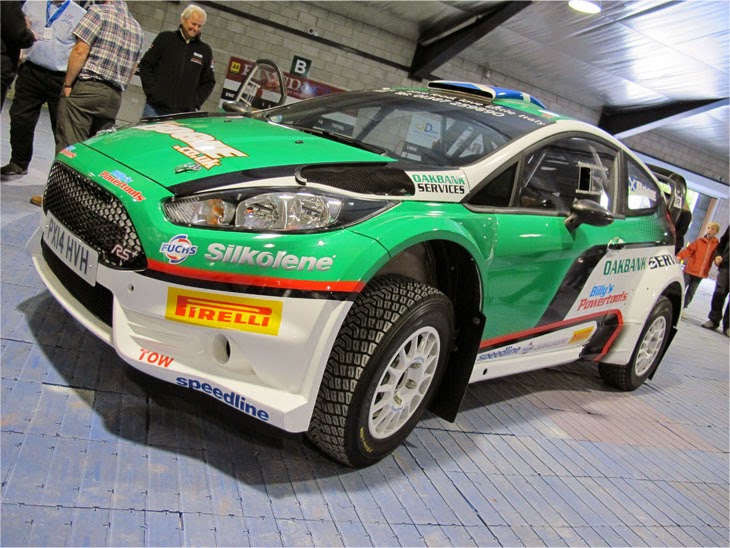 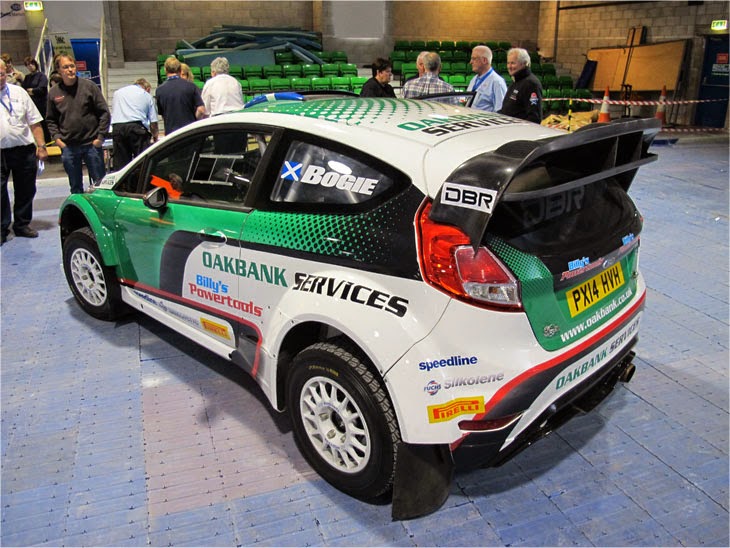 David Bogie was one of the last to appear at Scrutineering, thinking he'd just sneak in without making a fuss. No chance.

Prior to last weekend's DMACK Stages he had done 30 miles at Sweet Lamb with the Fiesta before he went to Kielder. No times were taken last weekend as David was treating this as a shakedown for this weekend's Scottish and he had to miss SS2, so he didn't hand in any Time Cards at the rally finish.

"We lost the brakes at the end of SS1," said David, "and missed SS2 to see what was up. It would appear it was an overheating problem, the air can't get into the rear brakes at all. It was a hot day in Kielder and I was hard on the brakes a few times, but we should be OK tomorrow. There's enough of a road run between the stages for them to cool down."

"It's completely different to anything I've driven before," he said, "it's not as quick as the Focus, it's 1.6 compared to 2 litre, but it handles better, especially under braking." When asked about power, he said: "The Fiesta has power all the way through the rev band, but I miss the punch out of corners with the Focus!"

"I'm very pleased with it," he added, "I wanted to do Wales Rally GB, and that's the main aim this year. If I can do all the rounds of the Scottish Championship then I will, but I want to do a couple of other WRC events. We'll see."