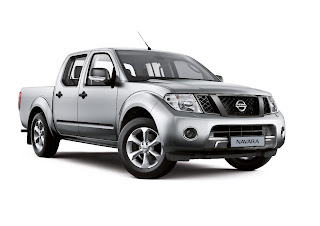 Nissan has brought out a new version of its Navara double cab pick-up with a starting price of £17,995 (plus VAT!)

This new version uses the standard 2.5-litre dCi common-rail diesel four-cylinder engine in 142 bhp trim with 350 Nm of torque and is capable of up to 39.8 mpg on the combined cycle, and it will still tow 2.6 tonnes.

To keep costs down, the front bumper is finished in body colour rather than a two-tone job, while the grille struts are painted rather than chromed and conventional wiper blades are used in place of the flat blades found on higher specification versions. Similarly, the interior door handles are finished in black rather than chrome. It doesn’t sound much, but with a few other savings tweaks in the Spec Sheet, it shaves just over a thousand quid off the previous entry-level double cab cost.