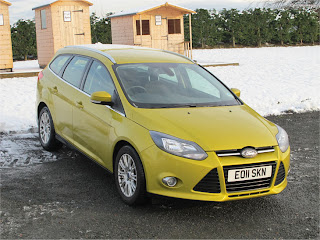 A lot of folk moan that there is no such thing as a cheap Ford any more. Probably the same folk that complain that a bag of crisps costs 40p (that’s 8 shillings in real money!) and a bottle of water costs 40p (free from the tap!) but the trouble is they don’t really follow the thought process through. A case of having their cake and eating it, and mouthing off before the sugar rush has reached the brain.
The fact is, there is no such thing as a cheap car any more. Not unless you look to the far east where some Chinese car manufacturers haven’t quite grasped the concept of ‘deformable structures’. Instead of applying this principle to the front end and rear bodywork only to protect the occupants in the event of a shunt, they have applied the engineering concept to the whole car with the result that the passenger safety cell isn’t. Not only is the end result inconvenient and painful, it makes the Fire Brigade rescue services have to work that bit harder separating the driving mince from the passenger mince when things go wrong.
So yes, cars are dearer these days, but a heckuva lot safer too.
But back to the moaners. Current Fords, and other marques, are also a lot more reliable, more comfortable and genrally nicer to drive.
A case in point is the Ford Focus Estate Titanium which I have been driving for the past week. This is a 20 grand motor and it begs the question, why would anyone spend any more on a compact family saloon when this does the job so well. For the two-adult, two-wean family it’s the ideal motor and for the sportscar-deprived long suffering faither it goes and drives well enough to put a smile on his face on the twisties. 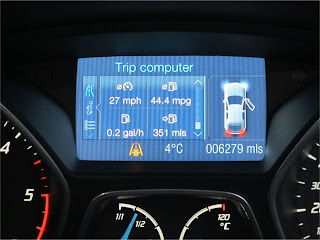 For the not so inclined, the level of refinement inside is remarkable compared to Fords of old, especially in the amount of information that the dashboard relays to the driver these days. Not only does it tell if a door is not closed properly, it lets you know if a sidelight bulb is blown.
That refinement is enhanced by the fitting of 16 inch rims, as opposed to the more blinglittery alloys that festoon even the most mediocre machinery these days, with a set of 215/55 Michelin Primacy tyres that cushion the ride and impart a sense of wellbeing to the human skeleton which was never designed as a shock absorber – just ask Ben Hur.


Obviously William Shakespeare and I must have something in common because when the Ford driver came to take the Focus away I realised where Will’s inspiration came from for the phrase, “Parting is such sweet sorrow.”
Posted by John Fife at 17:05