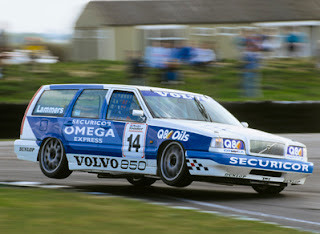 Once upon a time, Volvos were sexy, well nearly. Those who have recently passed their driving test might find this rather hard to believe, but in the mid 1990s, Volvo went motor racing in the British Touring Car Championship – with an estate car!

At the time, Volvo was only too well aware that its image was a bit stuffy and its cars were driven by pipe smokers transporting full-size grandfather clocks all over the place. So in 1994 in a bid to attract a younger audience and widen the car’s appeal they introduced a 2.5 litre turbo 850 with 223 hp and a top speed of 149 mph. Even more outrageous was its 0-60 time of 7.7 seconds. This was like seeing your granny smoking pot while skateboarding with her skirt tucked into skimpy knickers.
Then they went motor racing! Well, they are at it again, only without the motor racing. Volvo is introducing another hot estate car, only this time it’s a hybrid. 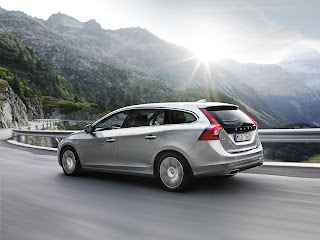 The V60 Plug-in Hybrid is the world's first diesel plug-in hybrid and is Volvo Car Corporation's most technically advanced car yet - electric, hybrid and muscle-car all rolled into one, and the driver can choose whichever of the three he or she wants to drive simply by pressing a button.
A 215 hp, 5 cylinder 2.4 litre turbo diesel drives the front wheels of the machine while the rear axle is powered by a 70 hp electric motor. The car has a six-speed automatic transmission and an 11.2 kWh lithium-ion battery pack under the floor of the load compartment.

In ‘Pure’ mode the car is powered solely by its electric motor, as much as possible, while ‘Hybrid’ is the standard setting whenever the car is started up using both the diesel engine and electric motor. In ‘Power’ mode the diesel engine and electric motor work together to produce 215+70 hp and maximum torque of 440+200 Nm which results in 0 to 62 mph time of 6.2 seconds.
Naturally, there is one slight drawback, expect the prices to start from £45,000 and £50,000 in the UK, minus any government subsidy for electric cars (Plug-in Car Grant). The car will go on sale in 2013 with an initial batch of 1,000 cars per annum rapidly building to 4,000 and more in 2014.
The British market will only get a few of these, so if you’re interested, get down to your nearest Volvo dealer now. Adds a whole new dimension to ‘mean and green’, eh?
Posted by John Fife at 20:44