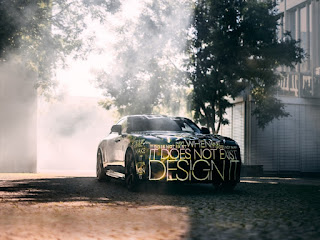 Just thought you might be interested in this, I was intrigued. Apparently Rolls Royce Motor Cars is about to commence on-road testing of its first fully electric motor car.

Chief Executive Officer, Torsten Müller-Ötvös, said: "This is not a prototype. It’s the real thing, it will be tested in plain sight and our clients will take first deliveries of the car in the fourth quarter of 2023.”

He then added: “The use of electric motors is not a new concept for Rolls-Royce. Sir Henry Royce's first venture was in the creation of dynamos, electric crane motors and he patented the bayonet-style light bulb fitting."

“However, it was Charles Rolls who prophesied an electrified future for automobiles. In April 1900 he experienced an early electric motor car named the Columbia and declared its electric drive to be ideal saying, 'The electric car is perfectly noiseless and clean. There is no smell or vibration, and they should become very useful when fixed charging stations can be arranged. But for now, I do not anticipate that they will be very serviceable – at least for many years to come'." 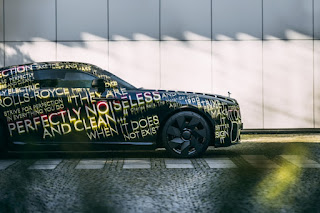 The company has also come up with a new name for the car, but it has nothing to do with all the kerfuffle around the latest James Bond film, but has more in keeping with past RR model names like Phantom, Ghost and Wraith. It will be called 'Spectre'.

I also liked the 'ghostly' signwriting on the launch machine. Quite fitting given the name, and the message is also quite rousing.

Anyway I just thought it quite remarkable that he highlighted the issue of 'fixed charging stations' way back then.