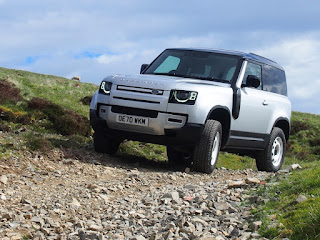 I have no idea who the SWB two door Land Rover Defender 90 is aimed at. It's neither a commercial vehicle nor a family car. It fails the dead sheep test as far as farmers go and shooting estates won't like it because it works better as a 2 seater than 4.That's simply down to the difficulty level of gaining access to the rear seats and the undignified egress required thereafter. The 'boot' is tiny and explorers will require a roof rack for their gear. It's also pretty wide exposing shiny flanks to gorse bushes and Scottish thistles if traversing old hill tracks.

Having said, that, and purely on a selfish and personal basis, this is one of the most desirable vehicles on the market. When the LR chaps turned up to reclaim the press appraisal vehicle they had to beat me back with tyre levers.

Regardless of that I want one, the only trouble is, I'll need a winning lottery ticket. 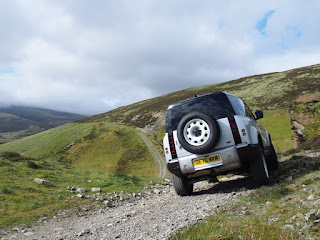